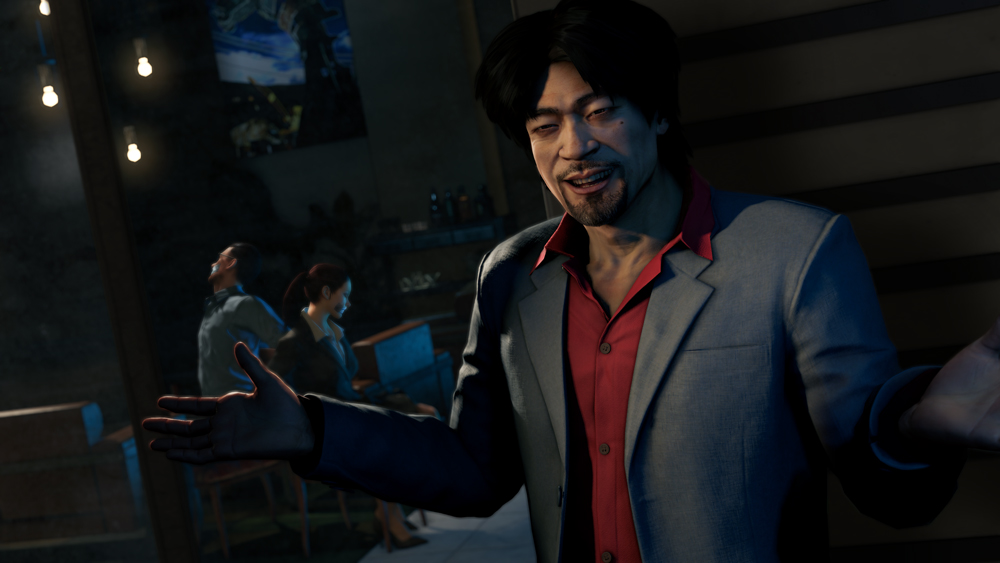 Scraping the bottom of humanity’s barrel

I can’t recall the exact moment when I gave up on the people of near-future Chicago. It may have been as I watched Jaden Harrison — a 22-year-old drug dealer — take aggressive sexual advantage of Grace Hsu — a 21-year-old human-trafficking victim — through the unflinching feed of a security camera. It may have been when I hacked into the phone of Joseph Martinez — a twentysomething marketing team leader — as he exchanged text messages wanting someone to know he loved them “before I do what I’m about to do.” Joseph had multiple painkiller prescriptions.

You might think unrestricted access to the most intimate aspects of humanity would be liberating: It’s not. It’s a burden knowing unimpeachably “good people” are as much a half-truth as this dystopian cyberfuture. Credit goes to Watch Dogs for ingesting a player who so inherently identifies with the role of the savior and spitting out a cynical, jaded predator. Though the majority of the citizens are upstanding everyday people, they eventually become pockets of fresh air in a potent, noxious cloud of secrets, fetishes, and perversions. Spending so much time in those fumes saturated my view to the point where everyone became contaminated and the only thing that deserved saving was the city itself from the people crawling all over it.

Whether the intent was to drive home the fear of privacy-invasion showing people for what they really are or as commentary on a morally ambiguous near-future, I don’t know, but the heavy-handedness with which many citizens reveal how disgusting they are is off-putting at times. This increases when hacking into people’s personal electronics: You’ll see video footage of suggested cannibalism; a middle-age man furiously masturbating while his infant cries offscreen; or an elderly woman peering at her neighbors whispering to herself, “Can’t wait for some crackheads to slit your throat and rape your corpse.” It’s shocking and needless and even comical more often than not, and I found myself avoiding hacking certain “interactables” to avoid the tiresome sensational portrayals. 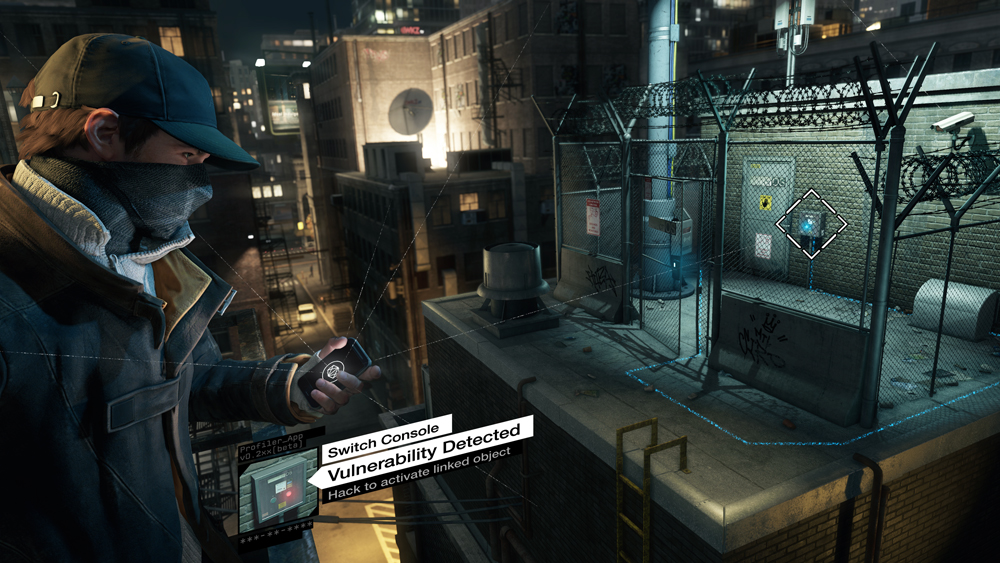 Above: Remote hacking into every aspect of the city is an amazing power trip.

Though Watch Dogs heavily emphasizes hacking — going so far as to declare in promotional material that “Hacking is our weapon” — much of it boils down to familiar gunplay mechanics. While it’s true hacking plays an unavoidable, intricate, and welcome part of the experience, our main character can also hoist an impossible two-dozen firearms and enough ammunition to fuel them all.

Many elements of the story and side missions are reminiscent of Ubisoft’s Far Cry 3, where you can approach enemy compounds in a variety of unique ways. While these moments in Watch Dogs offer a similar degree of creativity and can usually be completed with creative hacking and stealth, gunplay is almost always the easier and more efficient alternative. In fact, through much of the campaign, I rarely relied on more than a silenced pistol and the old cover-based exploit of lining up my targeting reticule before popping out of cover to deliver a clean, quiet headshot.

You can negotiate most of Watch Dogs at the end of a barrel, and when you’re holding 30 military-grade firearms on top of an impressive assortment of craftable and explosive solutions, there isn’t really a need to approach things with clandestine future tech. I would have liked to see Watch Dogs rely more heavily on hacking as a requirement for combat, not just puzzle elements.

Though the new-generation moniker may be cliché, it rings true in the dense and beautiful presentation of Watch Dogs. Most of the many, many systems on display have been sharpened to a fine point despite a few that fail to reach their full potential. While minor bugs, inconsistencies, and a lackluster story restrain Watch Dogs, its impressive environments, fluid interconnected mechanics and welcome multiplayer components set the bar for future open-world experiences, and help it to stand as a sign of things to come.

Watch Dogs is out now for PlayStation 4, Xbox One, PlayStation 3, Xbox 360, and PC. The publisher invited GamesBeat to attend a closed review event using a PS4 version for the purposes of this review.