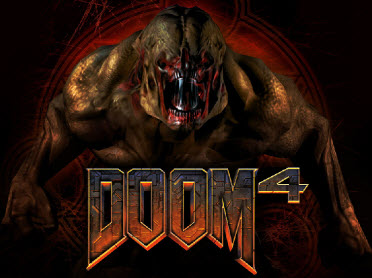 The deal is a huge development in the game industry, where Mesquite, Texas-based id was the crown jewel among independent game studios.

The company has been around since 1991. With the release of Wolfenstein 3D in 1992 and Doom in 1993, it pioneered first-person shooter games, where you shoot at enemies in three dimensions as they come rushing toward you. First-person shooters are now a multibillion-dollar business, spanning everything from Modern Warfare 2 to id’s upcoming Doom 4.

As such, id’s influence on the direction of video games — particularly violent ones — has been huge. In many ways, id’s independence was improbable, since the game industry has become a financial juggernaut full of publishers with thousands of employees. It was amazing that it lasted so long as a stand-alone company, offering hope to game creators that they could still rule in a finance-driven business.

ZeniMax Media is the parent company of Bethesda Softworks, which makes the popular Fallout and Elder Scrolls series of video games. It now has two of the most acclaimed game studios under one roof. For its part, id will be able to publish its own games through Bethesda, rather than rely on publishers such as Activision Blizzard or Electronic Arts.

In an interview with game review site Kotaku, id co-founder John Carmack, id CEO Todd Hollenshead and ZeniMax CEO Robert Altman said the purchase won’t change how id operates, but it will allow the company to expand quickly. id has to finish games such as Rage, a road warrior game being published by Electronic Arts, and Doom 4.

“We’re really getting kind of tired competing with our own publishers in terms of how our titles will be featured,” Carmack said in the Kotaku interview. “And we’ve really gotten more IPs than we’ve been able to take advantage of. And working with other companies hasn’t been working out as spectacularly as it could. So the idea of actually becoming a publisher and merging Bethesda and ZeniMax on there [is ideal.] It would be hard to imagine a more complementary relationship. They are triple A, top-of-the-line in what they do in the RPGs. And they have no overlap with all the things we do in the FPSes.”

The deal was in the works for months. Clearly, Electronic Arts and Activision Blizzard missed out on buying id. Rockville, Md.-based  ZeniMax was founded in 1999 by Chris Weaver and financier Robert Altman. Weaver left in 2002. In 2004, ZeniMax acquired the Fallout franchise from Interplay Productions. Then in 2006, it raised $300 million in funding, giving it a war chest to expand further. In 2008, Fallout 3 was one of the industry’s biggest blockbusters.

Carmack will continue to direct the id studio as its technical director, and all of the top principals at id have signed long-term employment contracts. Carmack is the last of four founders — John Romero, Adrian Carmack, and Tom Hall — remaining at id. As a widely expected graphics expert, Carmack remains the driving force behind id’s technology and games.