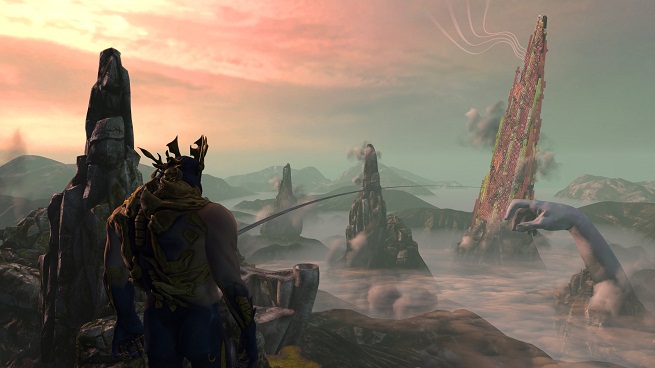 Even before the first feeble rays of sunlight pierce the Los Angeles Convention Center and herald the onset of Electronic Entertainment Expo (E3) week, Atlus crashed onto the scene with Zeno Clash II’s debut, promising budding boxers and masterful martial artists another round of punching wacky monsters in the gut.

In development by ACE Team, the folks behind Rock of Ages and the original Zeno Clash, ZCII throws players back into the hardened soles of brawler Ghat within a larger and definitely weirder Zenozoik.

New stat management elements allow players to accrue more strength and beefier defenses over time. Publisher Atlus also revealed the inclusion of drop-in/drop-out cooperative multiplayer, with the second player assuming the role of Ghat’s sister Rimat…because bringing four fists to a fight absolutely ensures whoever gets in the way won’t leave without a seriously caved-in face.

Zeno Clash II is slated for an early 2013 release for the PC, Xbox 360, and PlayStation 3 platforms on Steam, Xbox Live Arcade, and the PlayStation Network, respectively.