Facebook chief executive Mark Zuckerberg said that virtual reality and augmented reality of the future will be accessible by a powerful gadget that looks like an ordinary pair of glasses.

Zuckerberg made the announcement at its F8 conference in San Francisco today. He said that virtual reality and augmented reality are a big part of Facebook’s 10-year plan and that the company is creating a lot of social experiences that exploit the technology, which makes you feel you are right there with someone else in a virtual world.

VR and AR are expected to become a $120 billion business by 2020, according to tech adviser Digi-Capital.

Facebook bought Oculus VR for $2 billion in 2014. It finally launched the Oculus Rift VR headset on March 28. And the Samsung Gear VR, a mobile VR device powered by Oculus, debuted back in November. Zuckerberg said that both PC and mobile VR are priorities for the future.

Gear VR viewers have watched 2 million hours of video, and hundreds of apps are now available, Zuckerberg said. He said that the Oculus Rift headset has more than 50 games, and Oculus will launch its special handheld touch controllers later this year to add interaction and “a whole new layer of immersion.”

He showed a video of apps and Oculus’ Toy Box demo, which shows how you can get into the same room with someone and throw blocks and other objects at each other.

“VR makes you feel like you are right there with another person,” he said. “This is the kind of social experience you can have on any existing platform today.”

In the future, with normal-looking glasses, you won’t have to look at a phone or a TV to see an image. He said you will just be able to “snap your fingers” and make a version of a photo appear before your eyes. Then you can use your hands to size the photo to any size you want. A big-screen TV app will be visible before your eyes for the cost of maybe a buck.

“This is the vision we are getting to over the next 10 years,” he said. 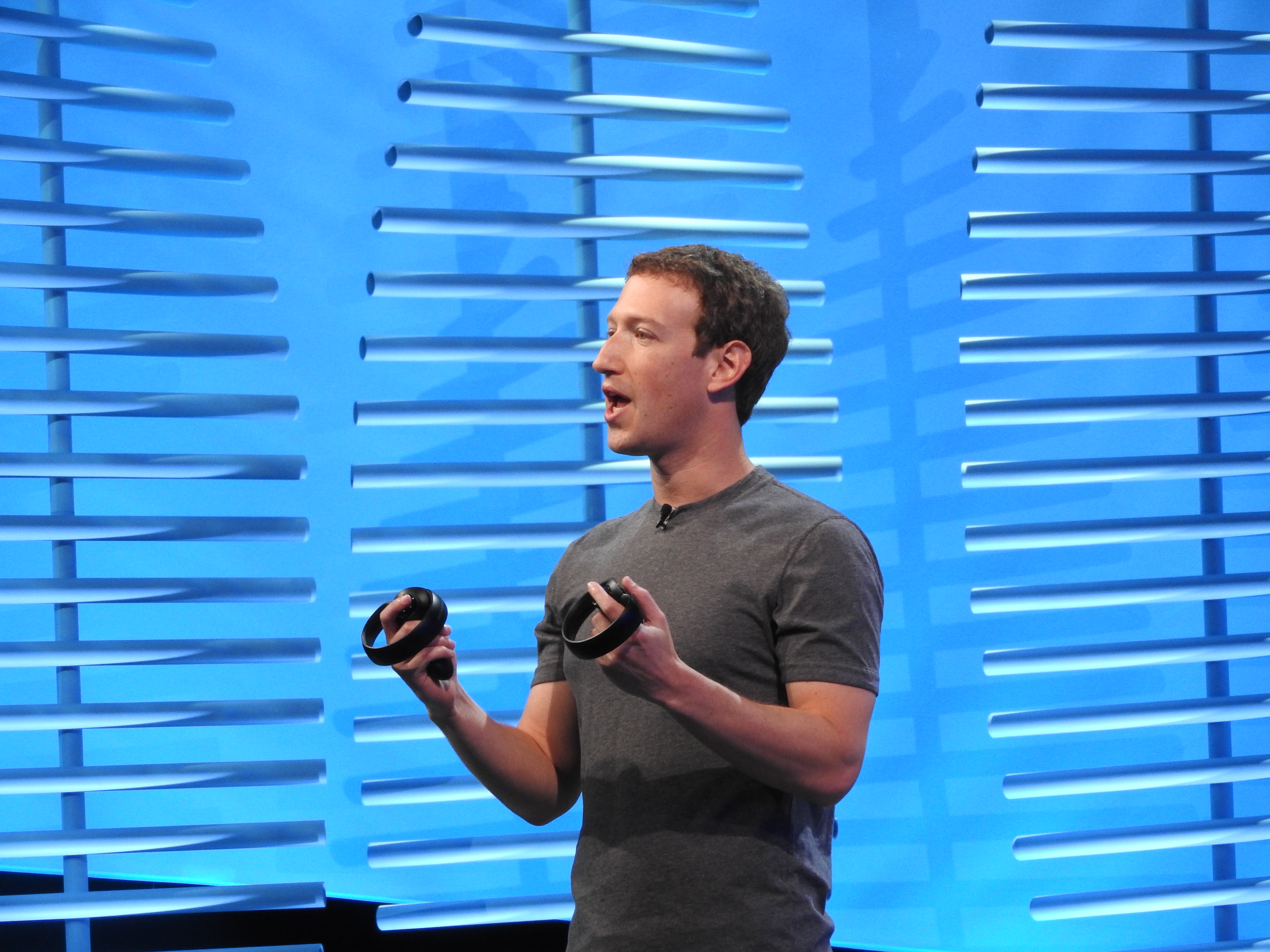