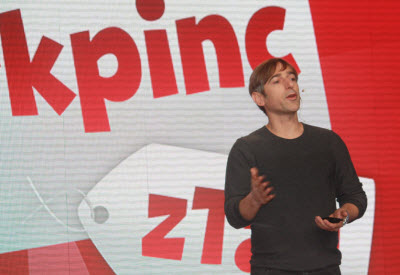 Zynga made some changes to its accounting and disclosed new stock repurchases, setting off alarm bells at one analyst firm that studies the value of private companies.

It seems like a small accounting change, but it shifted Zynga’s last financial report from a loss to a profit for the six months ended June 30. The change came as Zynga prepares for an initial public offering, and it happened about the same time that Zynga announced a major product launch with 10 new games and services.

The accounting change in Amendment 4 in the IPO filing filed yesterday relates to virtual goods, the primary source of revenue. Zynga is actually providing more clarity by spelling out the difference between its consumable virtual goods and its durable virtual goods. That’s a good thing. Presumably, the Securities and Exchange Commission is OK with this because it typically tries to get companies to disclose more information to give an accurate accounting picture.

As viewed by Sam Hamadeh, chief executive of PrivCo.com in New York, Zynga changed the “estimated useful life of durable goods,” so that revenue from virtual goods is recognized faster. Zynga shortened the life of the durable virtual goods, its primary source of revenue in free-to-play games, to 15 months for the six months ended June 30, compared to 19 months a year earlier. Zynga says that it will evaluate on a quarterly basis its estimate for the lifetime of a durable virtual good.

Zynga has said that the average duration for durable goods is now shorter. As for the shortening of the duration of play, Hamadeh said, it “makes you wonder how strong the company’s accounting controls are to be off by that amount.”

Hamadeh also noted that the stock repurchases show that Zynga is using cash raised from investors to buy out the stock owned by some insiders. As it did so, Zynga declared that the company’s value more than doubled in a two-month period from January to March.

Zynga bought Class B Common stock from employees Michael Verdu and Cadir Lee in January for $6.43 a share. Then, when chief executive Mark Pincus sold shares to Zynga two months later, Zynga paid $13.96 a share. That was a 117 percent price increase in two months. Zynga was a hot commodity at the time, but did it really become that much more valuable in such a short time? As we understand it, those valuations are based on estimates from a third party.

The cash outs during this period amounted to hundreds of millions of dollars. Big shareholders like Pincus still own a lot of stock. But there were also additional amounts of stock sold by shareholders on the secondary markets, worth about $200 million.

Hamadeh also highlighted the previously reported fact that Pincus has received a 70-to-1 voting stock class for himself, where he will be able to control the company’s voting power even though his ownership of the company is dwindling. The rumored change has now been confirmed in the filing.

So just before the IPO, there are big insider sales, a decline in internal metrics, change in accounting method, a big jump in market value in the company’s own analysis, and a founder implementing 70-to-1 voting stock for himself.

If you add that up, it is all legal, Hamadeh said.

“But all together, it doesn’t smell good,” he concluded.