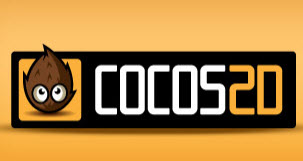 While it’s not a huge deal, the move shows that the San Francisco-based social game publisher continues to push forward into mobile games, where a big battle is brewing among game makers.

The cocos2d for iPhone open source project is widely used by developers to make mobile games for the iPhone, iPod Touch, iPad and Mac. Zynga says that it has been an “advocate of the open source community” and that Quesada and Abarca will continue to support and contribute to the open source work while in their new roles at Zynga. In addition, they will help augment Zynga’s role in mobile games.

While the move boils down to the hiring of two people, Zynga considers this to be an acquisition, since the company is buying certain assets of Sapus Media, which the two men ran. Zynga is not acquiring the community site, cocos2d-iphone.org, which will continue to be operated separately by Quesada and other administrators. In this respect, the deal is Zynga’s 13th acquisition in 12 months.