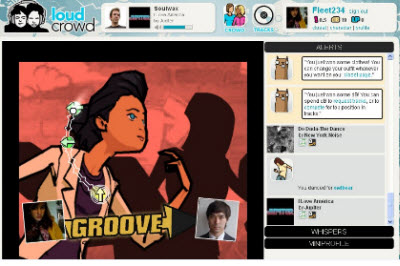 Nabeel Hyatt, chief executive of Conduit Labs, will become head of the new Boston studio. Hyatt founded Conduit Labs in 2007 and the company raised money from Charles River Ventures and Prism VentureWorks. It has made several free-to-play social games for the web. One of them was Loudcrowd, a social music game site that combined social networking with casual music listening. It was sort of like Guitar Hero meets the web. Another game was Spin, where you could create your own version of a song.

“Boston is an epicenter for technology and has a strong talent market, making it an ideal location for us to expand operations,” said Mike Verdu, senior vice president of games at Zynga.

Zynga is busy expanding worldwide. It recently launched Zynga Japan in a joint venture with SoftBank, which invested $150 million into Zynga. The company is making a mint from its games on Facebook. Those games are free-to-play, but users can pay real money for virtual goods in those games. Since Zynga has more than 200 million users on Facebook, it is generating hundreds of millions of dollars in revenue, even though a relatively small percentage of players make purchases. That revenue has turned Zynga into a steamroller, allowing it to raise more money and acquire more game studios. It’s in a race because it has well-heeled rivals such as Disney, which has acquired Playdom, and Electronic Arts, which bought Playfish.