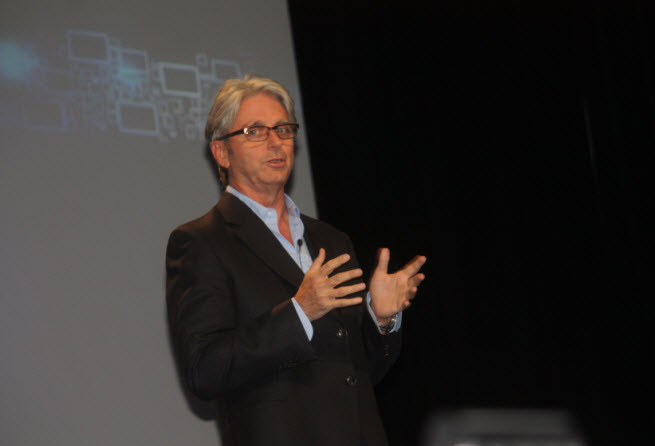 In a counterclaim against Electronic Arts’ copyright infringement lawsuit, Zynga has made an allegation that could vastly raise the legal stakes. Zynga alleged in a legal filing today that Electronic Arts chief executive John Riccitiello proposed an anti-competitive “no hire” pact with Zynga’s then-chief operating officer, John Schappert. 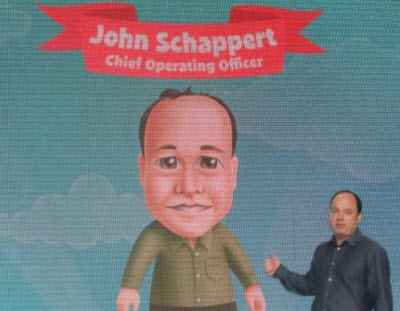 The claim is part of a response that Zynga filed related to EA’s lawsuit alleging that Zynga’s The Ville social game copied EA’s The Sims Social title. During the discovery process, Zynga claims it found damning emails sent by Riccitiello (pictured at top).

“The counterclaim sheds light on what this legal battle is really about,” said one source who asked not to be identified.

Zynga says that in recent years it has received more than 3,000 unsolicited resumes from EA employees. Among those who joined Zynga were John Schappert, the former chief operating officer at EA; Jeff Karp, the former marketer of The Sims at EA; and Barry Cottle, the former head of EA Mobile. Of those, Schappert and Karp have both left Zynga.

Riccitiello was reportedly so incensed at the departure of EA executives for Zynga that he asked the EA legal team to pursue Zynga. In turn, Zynga says EA trumped up baseless claims to slow its competitor and make EA look better to its board of directors.

Zynga alleges that Riccitiello wrote an email to Schappert, saying that if an EA person approached him for a job, Schappert was to turn around and refer them right back to Riccitiello. Zynga says that it declined to participate in the no-hire pact, which it said is anti-competitive and violates antitrust laws. When Zynga refused to go along, EA allegedly became furious.

In the filing, Zynga said that Riccitiello wrote to Schappert, “Some of our people will always leave. But they are leaving for one place — Zynga. … I get that they can reach out. The question is what happens when they do. Listen and send them back to me, or their boss at EA. Or, listen, nod and lend a hand. … We are crossing into a place I don’t think we want to be. … But I believe you can and should find more talent outside of EA.”

As background, the Justice Department is probing whether the top executives of Silicon Valley companies colluded to keep hiring costs and salaries down by agreeing to stop poaching employees from each other. In a twist, Zynga’s own weak earnings report has prompted the departure of executives and employees who are leaving for other companies.

EA alleged in its suit against Zynga that its former executives likely gave confidential EA information to help Zynga make its alleged copycat game. Zynga says that EA knows that is not the case because EA formally released those executives from those claims before they began at Zynga.

Zynga alleged, “The truth is that despite years of trying to compete, and spending more than a billion dollars on acquisitions, EA has not been able to successfully compete in the social gaming space and was losing talent, particularly to social gaming leader Zynga. Desperate to stem this exodus, EA undertook an anti-competitive and unlawful scheme to stop Zynga from hiring its employees and to restrain the mobility of EA employees in violation of the spirit of the antitrust laws and California public policy. EA sought, by threat of objectively and subjectively baseless sham litigation, what it could never lawfully obtain from Zynga – a no-hire agreement that would bar Zynga’s hiring of EA employees.”

Zynga further said, “EA explicitly communicated to Zynga that, although Zynga’s past hiring was lawful, EA’s Chief Executive Officer John Riccitiello was ‘on the war path,’ ‘incensed’ and ‘heated’ and intent on stopping Zynga’s future hiring of EA employees. Mr. Riccitiello lamented the fact that Zynga was able to attract his talent with better compensation packages that EA just can’t match and feared losing additional executives and looking bad to his Board and shareholders. Zynga was told by EA’s legal team that Mr. Riccitiello had instructed them to obtain a no-hire agreement from Zynga that prohibited Zynga’s future hiring of EA employees. Absent such agreement, Mr. Riccitiello would direct a lawsuit to be filed against Zynga ‘knowing there was no basis and even though he loses.’ Zynga was explicitly told that Mr. Riccitiello aimed (a) to stop altogether or at least slow Zynga down from hiring “his people”; (b) to make Zynga spend resources and money on meritless litigation; and (c) to intimidate remaining EA employees and scare them from leaving.”

Zynga said that after years of trying, EA was unable to challenge it in the social game market, and Riccitiello had himself expressed admiration for Zynga, saying, “When it comes to Facebook, while we’re number two, I’d say we’re a distant number two. I mean, the other guys have lapped us three times,” referencing major social player Zynga. Zynga pointed out that EA’s daily active users on Facebook have fallen to 9 million across 51 titles, compared with Zynga’s 72 million daily active users.

Regarding Schappert, Zynga said he contacted them for a job in early 2011 and that Riccitiello “unsuccessfully applied enormous pressure” on Schappert to get him to stay at EA. Zynga said it was confident that it had done nothing wrong in hiring Schappert, but as a precaution, it took exhaustive measures to ensure that Schappert brought no confidential information to Zynga. In April 2011, Zynga entered into a settlement agreement with EA that reportedly cleared Schappert to work for Zynga. Zynga said it took the same measures to clear Karp to work at Zynga. During the Karp matter, EA’s general counsel reportedly said, “I have to get Zynga’s agreement not to hire any more EA employees or John is going to make me sue you.”

Zynga further said, Riccitiello’s goal was “to stop or dramatically slow Zynga down from hiring ‘his people’ by ‘putting friction in your hiring system’; to ‘make Zynga spend money’ responding to objectively baseless sham litigation if it tried to recruit and hire; ‘to scare’ remaining EA employees into remaining with EA.”

When Cottle left EA in January, 2012, Riccitiello reportedly said, “If Mr. Cottle reported back to work at EA, he would ‘pretend none of this ever happened,’ but if not, he would ‘rain hell’ on Mr. Cottle for the next several weeks even though Mr. Cottle had not engaged in any unlawful activity.”

After Cottle was hired, Zynga said, “Mr. Riccitiello was aware there was widespread dissatisfaction among his key talent, and that many of his executives were likely looking around and particularly interested in exploring opportunities with Zynga. Mr. Riccitiello was adamant about shutting down Zynga’s ability to hire any more of his employees. Mr. Riccitiello was placing ‘extraordinary pressure’ on the EA legal team to finally obtain a go-forward no-hire agreement – unrelated to Zynga’s hiring of Mr. Cottle – that would prohibit Zynga’s future ability to hire EA employees. If Zynga refused to agree to the no-hire, then Mr. Riccitiello wanted Zynga to know he would file an objectively and subjectively baseless sham lawsuit against Zynga for the express purpose of chilling Zynga’s future hiring of EA employees and discouraging EA employees from seeking out or accepting employment with Zynga.”

EA spokesman John Reseburg said, “This is a predictable subterfuge aimed at diverting attention from Zynga’s persistent plagiarism of other artists and studios. Zynga would be better served trying to hold on to the shrinking number of employees they’ve got, rather than suing to acquire more.”

Here’s the filings. The Riccitiello allegations are in the third filing.