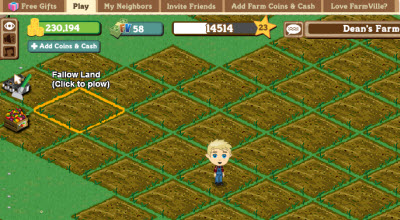 Defusing a tense equivalent of a nuclear standoff in social games, Facebook and Zynga announced today that they have entered into a five-year strategic relationship that ensures mutual support for social gaming on the world’s largest social network.

Under the agreement, Zynga will expand its use of Facebook’s virtual currency known as Facebook Credits. The companies were fighting about that because Facebook wants to make the currency a universal way to pay for virtual goods in apps across Facebook — and because Facebook wants a 30 percent cut of every transaction made with Facebook Credits. The companies have stepped back from the brink from what might have been a bad war for both of them.

It remains to be seen if Zynga got a discount on that, as Zynga is the largest app maker on Facebook and it has more than 239 million monthly active users on Facebook, or roughly half of all Facebook users. Zynga also has the biggest game on the social network, FarmVille, with more than 75 million monthly active users, according to AppData. Terms of the deal were not disclosed.

Both Mark Pincus, chief executive of Zynga, and Sheryl Sandberg, chief operating officer of Facebook, issued statements saying how the companies look forward to working together on behalf of users. The deal shows that both companies realize that to go to war against the other would be a case of mutually assured destruction. Both are dependent on each other, in a classic scenario of a platform owner and a major application maker.

Zynga needs Facebook’s nearly 500 million users, and it depends on spreading its games through word-of-mouth virality on the social network as friends encourage each other to play games. Facebook depends on Zynga to keep users coming back, as games are the most popular thing on the platform, and because Zynga is one of Facebook’s biggest advertisers. Zynga was making moves that suggested the relationship was getting sour because of Facebook’s changes to the platform, which caused virality to drop and forced Zynga to advertise more, which put more money in Facebook’s pockets.

Zynga went so far as to create FarmVille.com and was planning to launch Zynga Live, a web site that would have taken Zynga’s game to a Zynga-owned network. Ostensibly, Zynga may not do that now, or it may not be in a rush to do it.