Zynga reported revenue and bookings today that beat expectations for its second quarter ended June 30, as more people turned to social mobile games because of the pandemic.

The San Francisco-based social gaming company reported bookings of $518 million, up 38% from the same quarter a year ago, while revenues (which do not include deferred revenues where users spend the virtual currency they purchase until later) were $425 million, up 47%. The company grew because, like other game and media publishers that are putting the social back in our lives, people need to be entertained now.

Other big game companies, such as Electronic Arts, Take-Two Interactive, and Activision Blizzard, have all said that their second calendar quarters were strong in engagement, new players, and revenues as people turn to games during the pandemic while sheltering in place. The question remains how long this behavior will last, as the economy changes and the pandemic subsides in some areas of the world.

Analysts had expected Zynga to report bookings of $498 million in the quarter. Zynga beat that, and it also beat the analysts’ profit targets, after adjustments (adjusted EBITDA excluding the impact of deferred revenue), of $107 million. The comparable profit target number that Zynga hit for adjusted profits was $136 million.

“The quarter turned out really strong,” said CEO Frank Gibeau in an interview with GamesBeat. “We delivered the highest revenue and bookings quarter in our history. We’re raising guidance for the year, because of the strengths that are flowing through. And we were able to execute on the largest acquisition in our history (Peak Games for $1.8 billion) in that time.”

The company owes the good results to Empires & Puzzles, Merge Magic, and Merge Dragons — games that Zynga acquired in acquisitions. Game of Thrones: Slots Casino also helped drive growth in a quarter when all Zynga employees worked from home.

Gibeau said that the company is raising its full-year guidance because of the surge of interest in games and the health of its existing and acquired games, as well as its pipeline of new titles. The company now expects to generate a lot more revenue this year than it anticipated just 90 days ago.

The pandemic has been a tragedy in lost lives and economic hardships, but games is one of the few industries that, so far, appears to be emerging stronger than before the coronavirus hit.

“We were really challenged here in how to keep the company rolling,” Gibeau said. “I’ve very proud of how Zynga has risen to the challenge and our people are working from home very effectively. Shelter in place was a negative event, but the positive was that people had free time to play games. That has started to ease back a bit.”

In the second quarter, Zynga officially reported a GAAP net loss of $150 million, or $10 million better than the company expected. (This number is based on accounting requirements but does not capture Zynga’s full business). The loss was higher than the same quarter a year ago because Zynga had higher taxes and higher profit-based payments to the companies it acquired.

Adjusted EBITDA (earnings before interest, taxes, depreciation, and amortization) is more closely watched as a measure of the company’s profitability. Adjusted EBITDA was $70 million, above guidance by $35 million, due to higher-than-expected sales. Adjusted EBITDA excluding the impact of deferred revenue was $137 million, which is above the $107 million the analysts expected. 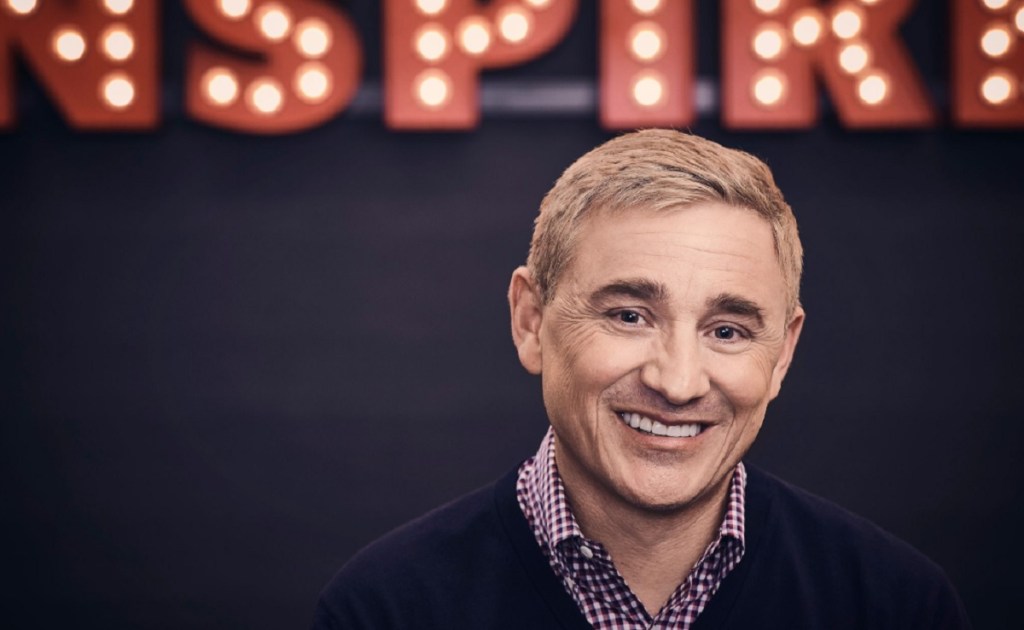 Gibeau said that the 2018 acquisitions of Small Giant Games (maker of Empires & Puzzles) and Gram Games (maker of Merge Dragons and Merge Magic) continued to perform above expectations. Zynga is still paying bonuses to them based on performance. On July 1, Zynga closed its $1.8 billion acquisition of Peak Games, which brings an additional 26 million MAUs to Zynga.

Meanwhile, Zynga is making another big acquisition with the agreement to buy Turkey’s Rollic, a hypercasual mobile game company whose titles have 250 million downloads. Zynga is paying $168 million for 80% of Rollic in cash, and it will buy the remaining 20% in installments over time based on whether Rollic hits its profit targets. Hypercasual games, which can be played in a minute and are monetized by ads, have become one of the biggest categories in mobile.

Gibeau said hypercasual games are the biggest and fastest-growing part of the mobile game business now, and Rollic will help Zynga participate in it. The ad-supported business has been strong because the category has been growing, though ads have generally been week in the pandemic. Rollic will also be a cushion against a change Apple is making with its Identifier for Advertisers (IDFA), as marketers won’t be able to easily access info about users to see how effective performance marketing will be. Rollic doesn’t use IDFA in its advertising, and that will be helpful for Zynga’s ad business, Gibeau said.

Regarding the retirement of the IDFA impact on Zynga, Gibeau said, “I think it’s too early to tell, as the iOS update rolls out in September, what the impacts are. As with anything, there will be pros and cons.”

The deal is the fourth one that Zynga has done in Istanbul, which has become a strong hub for casual mobile game development. Gibeau said that his team met with Rollic before the pandemic and negotiated during lockdown. It helped that Zynga’s teams from Peak and Gram could meet in person with Rollic during the negotiations.

Zynga is picking up 40 people with the deal, and with the addition of Peak Games, Zynga now has 1,981 employees. Gibeau said the company continues to hire to fill openings around the world.

Zynga said it continued to experiment with games with the launch of Bumped Out, a second title on the Snap Games platform; and Word Pop, a voice-based game on Amazon’s Alexa. Zynga also said during the quarter that it would contribute $25 million over the next five years toward diversity and inclusion initiatives both at Zynga and in the wider game industry. 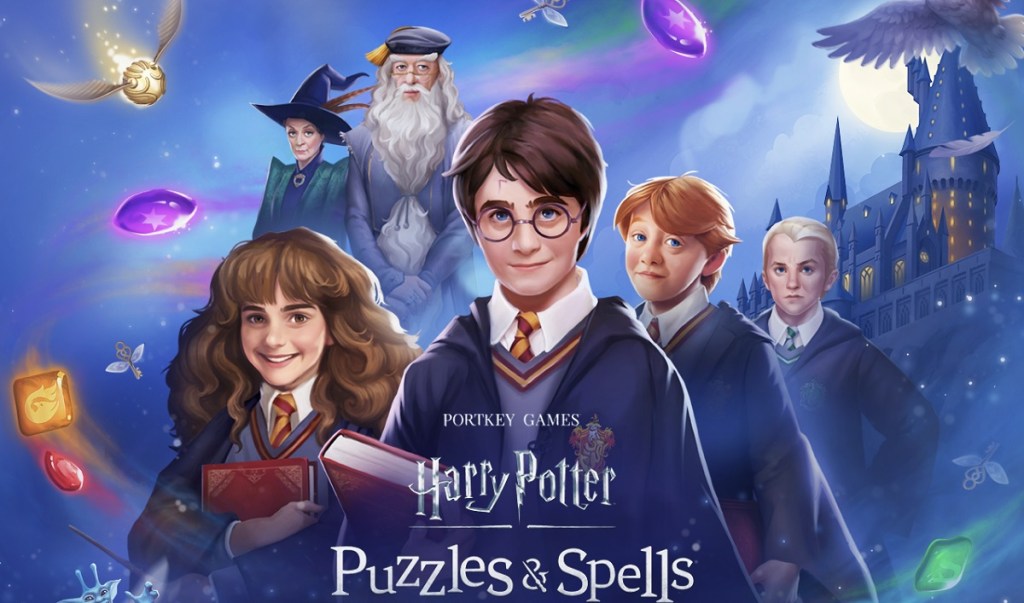 Above: Zynga is ready for some magic with Harry Potter: Puzzles & Spells.

Zynga saw its highest mobile daily active users (DAUs, or those who play at least once a day) during April and May, but in the later part of the quarter, this declined as people returned to other activities. Second quarter average mobile DAUs were 22 million, up 4% from a year ago. Monthly active users (MAUs) were 70 million, or flat versus a year ago. Audience engagement, as measured by mobile average bookings per mobile DAU, was up 32% from a year ago.

Zynga’s “Forever Franchises,” social slots, and casual card portfolios saw new records as people played a lot more than usual. Most of the games performed well. Zynga Poker, which had been losing players, saw its best revenue and bookings period since the third quarter of 2018, as players responded positively to the quick chat feature that let players socialize more.

For the third quarter ending September 30, Zynga expects revenue of $445 million, an increase in deferred revenue of $175 million (the highest increase in that number in its history), bookings of $620 million, a net loss of $160 million, and adjusted EBITDA loss of $45 million (excluding the impact of $175 million in deferred revenue, this number becomes a profit of $130 million). Analysts were expecting lower bookings and worse results for adjusted EBITDA.

Zynga will benefit from full-quarter contributions of Peak’s Toon Blast, Toy Blast, and Gram’s Merge Magic. But those gains will be offset by declines in older mobile and web titles. Ad revenue will likely be soft as well. Operating expenses as a percentage of revenue will be higher, and the result will be a net loss for the quarter. Marketing costs will also be higher in the third quarter. The loss for the third quarter will compare unfavorably to the third quarter of 2019, when Zynga reported a one-time gain on the sale of its headquarters in San Francisco.