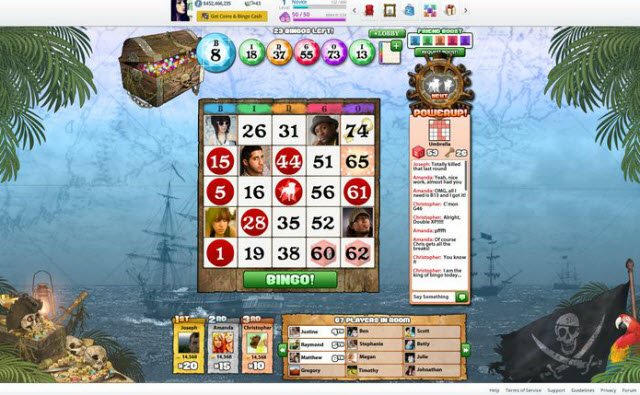 Adding to its Zynga Casino suite, Zynga is announcing today it has launched Zynga Bingo in a closed beta test on Facebook.

The game is the newest social game for Zynga, which is moving at a faster and faster pace to launch new games that help the company preserve its dominant position on the world’s biggest social network. 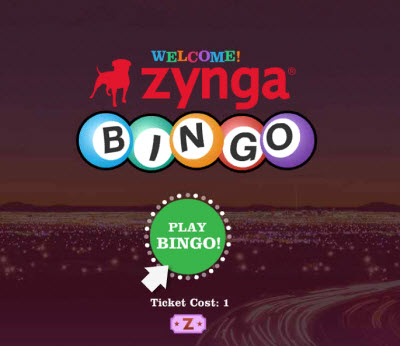 Initially, the game will be available as a closed beta test and it will be available to millions of users over the coming weeks. As a member of the Zynga Casino family, Zynga Bingo will be connected to Zynga Poker, the five-year-old game that has more than 31 million monthly active users.

Both games will use different currencies. But players will be able to contact friends who are playing Zynga Poker. The game was designed by the same team in Austin, Texas, that created and runs Zynga Poker.

Nicole Opas, senior producer of Zynga Bingo, said that Zynga’s twist on the classic board game is to add a social layer that makes the games more appropriate to play in small groups on Facebook. Like Poker, the Zynga Bingo game is synchronous, where players join a virtual room with friends or strangers and then play Bingo in real-time.

“Our goal is to make it relevant to any player,” Opas said in an interview. “The idea is to make people feel like you’re playing a game at a Bingo hall with a bunch of other people.”

Zynga announced the game back in October, when it also introduced the idea of Zynga Casino, which will be a collection of games where you can bet virtual money in competition with friends. The game was part of a broadside of new social and mobile games aimed at shoring up Zynga’s user numbers. 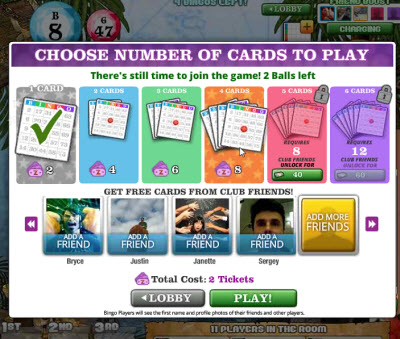 The game is like any other Bingo game, where numbers are produced randomly and you try to score five numbers in a row on a board, or get all four corners on your board. It’s a game of luck, not skill. But it affords friends a chance to enjoy some fun while chatting with each other.

The features of the game distinguish it from the many other casual Bingo games on the web. Zynga’s game lets you see what rooms your friends are in. You can challenge them to a race to see who can get Bingo first. Players use Bingo language, such as putting a “daub” on a number one it has been called. Players compete simultaneously with as many as six cards at a time to get a better change of getting Bingo first. 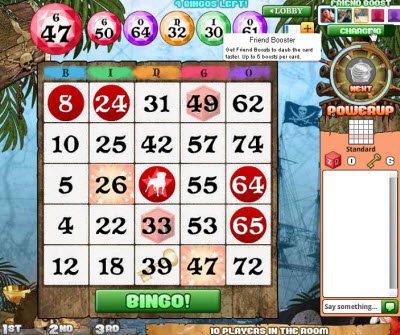 You can also earn powerups or use money to buy them. The powerups include capabilities like getting an extra daub on your board for each friend who gives you a Friend Boost. The game length depends on how many people are in a room.

Zynga will provide different themed rooms, such as Vegas Lights, Pirate’s Paradise, and FarmVille Bounty. There is a “hidden” room as well that can be unlocked over time. Each has a different art style and different kinds of challenges. There’s no real upper limit on the number of people who can play together in a room. The first three players to get Bingo score a prize, though losers can also get some random awards.

You can win special prizes like a mystery crate. You can open the crate at the close of the game and you can share the contents with your friends. There are several Bingo games offered on Facebook, but none appear to be from a big game company.