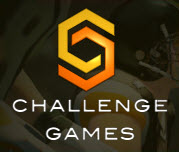 Zynga will turn the Challenge Games office into Zynga Austin, adding to locations such as its San Francisco headquarters, Baltimore, Los Angeles, Bangalore, and Beijing. The move suggests Zynga is increasingly modeling itself after larger rivals like EA and Activision Blizzard, which have studios scattered across the United States and the world. Terms were not disclosed.

“Austin is an ideal location to extend our studio operations with its rich talent in the games business,” said Mike Verdu, senior vice president of games at Zynga. “We look forward to building out our Zynga Austin studio with the best and brightest in the industry as we continue to bring social games to more users worldwide.”

Challenge Games, backed by Sequoia Capital and Globespan Capital Partners, launched in 2007. It has built Web-based games such as Warstorm and Ponzi on a virtual-goods business model, where players buy digital trinkets to advance in the game. Challenge raised $14.5 million in venture funding in two rounds. It focused on games that can be played in a “quick fix” round of about 15 minutes or so.

Zynga has nearly 900 employees now and is in a race with rivals to snap up the best game talent. On May 20, Zynga bought XPD Media, a 40-employee game studio in China.