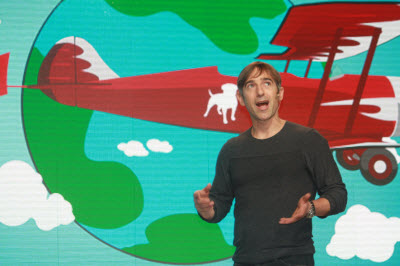 Zynga’s initial public offering wasn’t as popular as the company hoped, with the stock closing at $9.50 a share, down 5 percent from its offering price of $10 a share.

The weak performance came after a considerable mix of hype and cynicism about the social gaming company, which raised $1 billion at an $8.9 billion valuation with options included. The stock price opened at $11 a share (up 10 percent) and rose at the outset as high as $11.50 a share (up 15 percent) but then started tanking in the late morning.

Zynga’s IPO can be considered a “dog,” as many pundits have been getting ready to say, since Zynga’s name came from founder Mark Pincus’s deceased beloved dog. Only five of 22 U.S. Internet IPOs this year have closed down on the first day, according to Dealogic.

On the other hand, Zynga was founded in 2007, it generated $1.5 billion in revenues to date, and it started the day with a $9 billion market capitalization. That’s not so bad.