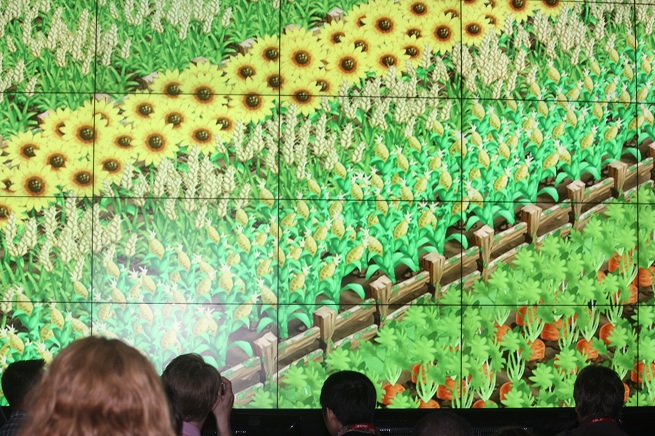 Zynga closed its Unleashed event today in San Francisco with a hint of one of its big games to come: FarmVille 2.

Zynga chief executive Mark Pincus introduced a new trailer of the game as he closed out a press conference where the company showed off its new slate of titles. He didn’t show any actual live gameplay of FarmVille 2, but the trailer showed that the game is a significant step up in terms of graphics quality compared to the original Zynga game from 2009.

The game is a big deal because it is a followup to the title that put Zynga on the map. FarmVille grew to as many as 30 million daily active players at its peak, allowing Zynga to get on the path toward dominating social games on Facebook. It helped cement Zynga’s whole “Ville” series of games that started with YoVille and continues today with the newly announced ChefVille. For three years, FarmVille has been in the top charts  of Facebook’s top apps, and it has generated a considerable amount of cash for Zynga, which now has nearly 3,000 employees.

FarmVille 2 was hinted at in April after the trade journal MCV published rumors about the title based on a mention of the game on the resume of someone working with Zynga. The title is one of a number that will test whether Zynga can hang on to its 290 million monthly active users in the face of increased competition.

FarmVille still has more than 21 million monthly active users on Facebook, according to AppData.