Social casino games are a fast-growing part of social mobile game publisher Zynga‘s business. And the San Francisco company is doubling down on the talent it has in that category. 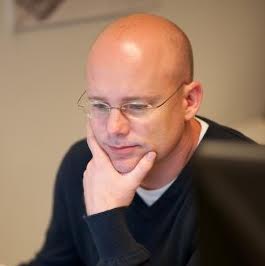 Above: Monty Kerr is a senior vice president of games at Zynga.

GamesBeat has learned that Zynga has hired Monty Kerr, a cofounder of rival social casino gamemaker PlayStudios, as a senior vice president at Zynga. Kerr is a 25-year veteran of the game industry. He will work alongside Zynga social casino game chiefs Joe Kaminkow and Lincoln Brown.

Zynga has also done an “acqui-hire,” where it acquired a small social casino game startup in Austin, Texas — Team Chaos, a 10-person company started by former Zynga veteran Andrew Busey. Busey is rejoining Zynga and will work with Kerr in Austin. Kerr will also oversee Zynga Poker, which is the social game company’s flagship game, alongside general manager Eddie LeBreton.

The moves are part of the latest tactical decisions by Frank Gibeau, Zynga’s new chief executive. They reinforce Zynga’s focus on social casino games. At the moment, Zynga has five games in the top 30 highest-grossing social casino games on the iOS App Store. Those titles include Wizard of Oz Slots, Zynga Poker, Hit It Rich! Slots, Willy Wonka and the Chocolate Factory Slots, and Black Diamond Casino.

Kerr has founded a number of game companies. He cofounded PlayStudios in 2011. And before that, he was the cofounder of Big Six Games, Red 5 Games, and Knockabout Games. The Austin team led by Busey was founded in 2013. Details of the transaction aren’t available.

In the most recent quarter ended March 31, Zynga said that its mobile bookings for social slots games were up 77 percent over the prior year and up 13 percent from the previous quarter.