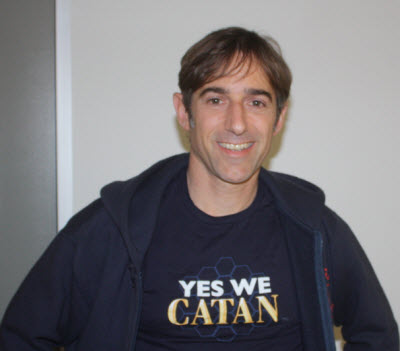 Zynga said in its earnings call with analysts today that it had “three key wins” in the first quarter: expansion into new social game genres, strong mobile growth, and diversification to its Zynga.com and Zynga partners platforms.

Mark Pincus, chief executive of San Francisco-based Zynga, said in a conference call with analysts that the company gained 11 million daily active users with the $183 million acquisition of OMGPOP and its Draw Something game. But that deal happened late in the quarter and did not affect overall growth much. Not counting the impact of Draw Something, Zynga has 22 million DAU on mobile, compared with 12 million DAU in the previous quarter.

“We have been able to dramatically increase the size of our mobile network,” Pincus said.  “It’s very early days on mobile. We are focused on getting the product experience right, building out network, distribution, and bringing hits to market in a repeatable way.”

He said he hopes that mobile ads will become much more engaging and monetization and engagement will follow. Zynga raised its guidance for the year because of the acquisition of OMGPOP.

Zynga.com represents Zynga’s attempt to appeal to its hardcore users and diversify beyond Facebook. The beta version of the site now has more than 350,000 daily active users. Later this quarter, Zynga plans to turn up its marketing cross-promotions, Pincus said. The reception to Zynga.com has been very strong, and Zynga has six companies that want to publish their own tiltes, including Konami and Rebellion.

John Schappert, president and chief operating officer, said that Zynga is expanding advertising in games. It tested the use of ads in FarmVille, where it gives virtual currency to users who view ads. That will roll out to more games, helping Zynga improve the monetization of its existing Facebook games. Zynga added new advertisers such as Match.com and Scott Miracle Grow in the quarter. First quarter ad partnership revenues doubled to $28 million, compared to a year ago.

Games such as Zynga Poker and CastleVille saw record bookings in the quarter. Zynga said that 1.9 percent of users converted to paid play, while 98.1 percent play games for free. That ratio was stable. The company said quarterly bookings grew for the third straight quarter.

Schappert said FarmVille is nearing its third year and that, “we expect good things from FarmVille for the remainder of the year.”

Zynga has $1.5 billion in cash, down from $1.9 billion in the previous quarter. The amount was lower because of the $183 million acquisition of OMGPOP and $234 million for the company’s new headquarters expansion.

Zynga now has 2,916 employees, up 2 percent from a year ago. Pincus declined to comment on whether Zynga is working on FarmVille 2.

“I don’t want to steal the thunder from our upcoming Zynga Unleashed” event, he said.