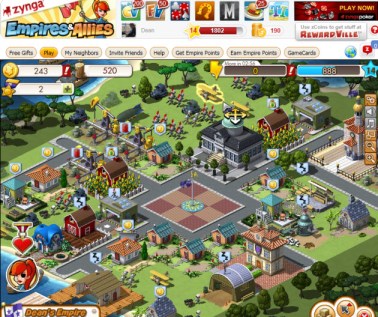 [Update: a separate report from Bloomberg News also indicates that Zynga might file for an initial public offering tomorrow.]

Social games maker Zynga may file to go public as early as Wednesday to raise up to $2 billion, according to the Wall Street Journal.

Zynga is expecting a valuation somewhere between $15 and $20 billion, sources familiar with the matter told the Journal. That would put the company well ahead of massive game publisher Electronic Arts, which currently has a market cap of $7.5 billion. Activision-Blizzard, which typically caters to console and hardcore gamers, has a market cap of around $13.3 billion.

In late May, Kara Swisher wrote on the All Things D blog that Zynga was about to file for an initial public offering. Her sources said the filing could come as early as that week. Both deadlines came and went without incident.

Investment firm GreenCast Capital is also saying Zynga will file for an initial public offering as early as tomorrow, citing major investors in the startup, according to Bloomberg News. That report indicates that Zynga is looking to raise up to $1 billion and has chosen Morgan Stanley as a lead underwriter.

Zynga’s latest social game, Empires and Allies, is another hit for the company. It attracted more players than Farmville, its first breakout hit, in just 25 days. Empires and Allies is gaining new users at a rate of a million a day and 8 million a week now, according to AppData.

The company has become a Facebook distribution powerhouse like no other game company. That makes it a lot easier for Zynga to generate revenue, since a percentage of users usually pays for items in otherwise free games. The company has delivered hit after hit to Facebook, including FarmVille and CityVille.