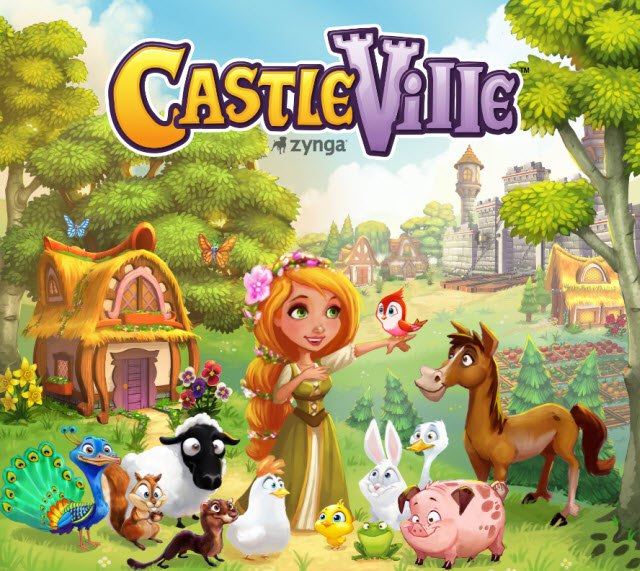 Zynga has high hopes for this addition to its Ville series of games — YoVille, PetVille, FishVille, FarmVille, CityVille — and its launch shows that the San Francisco-based company is staying on its schedule of launching something new every few weeks, rather than last year’s pace of launching something every few months. Zynga also introduced new plush toys for FarmVille today.

CastleVille joins other recent Zynga games, Empires & Allies, Adventure World, Pioneer Trail (formerly FrontierVille), Words With Friends on Facebook, and Mafia Wars 2. The title mashes up Zynga’s usual cartoon style, which has a wide appeal among Facebook users, with more interesting game play than it has had in the past.

The game was developed by the Zynga Dallas team the company acquired when it purchased Bonfire Studios last year. Bill Jackson, creative director on CastleVille, told us the game has next-generation social features, in a recent interview.

In the game, you build your own kingdom. It’s like a combination of Pioneer Trail and CityVille, except in a medieval fantasy setting. Zynga is launching the title today in 17 languages.

In the global view, CastleVille is clearly a move to hold on to the No. 1 position. Zynga has roughly 40 percent of the market share for social games on Facebook, with more than 45 million daily active users. Its next closest rival is Electronic Arts, which after years of trying, finally scored big this summer with The Sims Social. EA has 12.5 million daily active users.

With other Ville games like FarmVille, the object was to create a cool farm and show it off. It was purely self-expression. CityVille took that up a notch with a simulated game world that seemed alive, despite the limitations of the Flash browser-based format on Facebook. CastleVille was also designed to be a lot more social.

You can create your own main character, using lots of different facial features, clothing and decorations. At the opening, you meet your first neighbor, The Duke, a portly guide to the game. And you also meet “the lovely maiden” Giselle. She asks you do undertake a quest. If you do it, then she becomes the first character to join your kingdom. You help her build her house and then you can go about undertaking more quests, meeting more characters, exploring the land around you, and building your kingdom. You can pursue the overarching story of the game by fulfilling the quests that the characters give you. Each time you do, you gain experience and level up. The game has elements of role-playing and simulation. 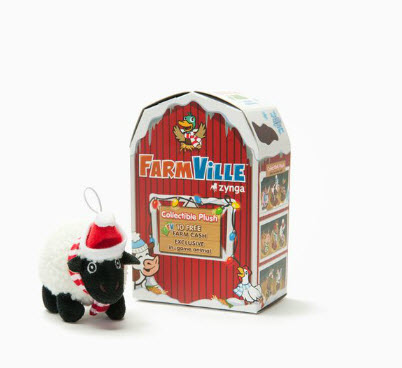 The game is social because you can visit your friends’ kingdoms and help them with tasks. That earns you Reputation Points, which you can use to buy expansion regions or decorations. The more social you are, the faster you can progress in the game. In an improvement over CityVille, it now takes a lot less time to interact with your friends in the game. As you push into unexplored territory, you push back the forces of The Gloom. If you want to explore all of the regions available on your playing map, the journey could take months.

In another move, Zynga introduced FarmVille Plush toys today. The limited edition toys (250,000 were made) are available exclusively at Best Buy stores and at www.bestbuy.com/zynga. They sell for $9.99 or 99 cents with the purchase of a $25 game card, which can be spent on virtual items in Zynga’s free-to-play games.

Each toy comes with a collectible “blind barn box” with a surprise FarmVille animal inside as well as 10 free Farm Cash (worth $2).