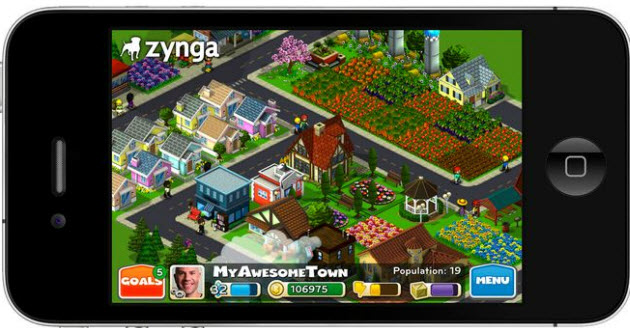 Social game maker Zynga is rumored to be headed toward filing for an initial public offering. So it’s not surprising the company is picking up the pace of its game launches. Today, the company is announcing CityVille Hometown for the iPhone.

While Zynga dominates social gaming on Facebook, mobile has been a tough nut to crack. But if Zynga can successfully extend its Facebook games into the mobile realm, then it will be in a great position as disruption comes to the game industry. That’s why Zynga has appointed David Ko as its head of mobile games, has acquired a number of mobile game developers, and is now launching a new game. (Ko will be participating in a fireside chat at our GamesBeat 2011 conference on July 12-13 in San Francisco).

The tough thing about mobile is that it isn’t easy to get a game to spread. On Facebook, you can easily share a new game with friends. But with mobile devices, the distribution happens slowly and it isn’t automatic. Zynga also faces fierce competition from rivals on mobile such as Electronic Arts, Ngmoco, TinyCo and a host of other app makers. 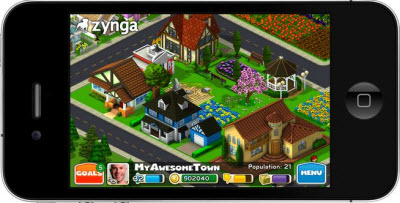 CityVille Hometown for the iPhone is a slimmed down version of CityVille — Zynga’s most popular Facebook game with more than 90 million monthly active users. The game design is more personalized and customizable. You can rename buildings inside your town and you are guided through the process of building your town by quirky characters, general manager of Zynga Mobile Justin Cinicolo told me in an interview.

“We looked at CityVille on the web and thought about how we can give our players the best possible CityVille experience on mobile,” he said.

The game runs as a native application on the iPhone and iPad so that it can take advantage of the graphics of each device and run at the fastest possible speed. But the game isn’t all about splashy graphics. You won’t be able to build a huge town. Rather, Zynga wants you to build a homey place, where you put your own personal stamp on everything, Cinicolo said.

The game is free to play, where players can play for free and pay real money for virtual goods in the game such as cool buildings.

“It’s all about creating your hometown that represents you,” Cinicolo said. “You can share that town with your friends. It’s more about setting your town apart than getting the biggest town.”

In the game, the mechanics are similar to CityVille’s. You build farms and cultivate crops to get supplies. You use those to stock your businesses, and your friends can visit your town. The characters — Kate, Hilda, and Bert — were created to make players feel welcome even if they aren’t gamers. That style of using cute characters has become common in recent Zynga games such as Hanging with Friends and Empires & Allies. Cinicolo said that the biggest difference between CityVille Hometown and Zynga’s older Mafia Wars game, which Cinicolo managed, is the amount of narrative storytelling in the new game.

Zynga’s increased pace of introducing new games may be sign that an IPO filing is near. But it’s also a byproduct of the company’s big acquisition spree, during which it has bought a company a month for the past year. With somewhere around 2,000 employees, Zynga has lots of development talent available to make more and more games. Cinicolo said the company has “an impressive content pipeline” of games coming in the future.

The game rolls out as early as this week in Canada and in other iPhone markets across the globe in the coming weeks. In the coming days, CityVille Hometown will be ready in five languages. Cinicolo said the company will operate CityVille Hometown as a service, rolling out new features periodically. You will also be able to unlock features in the Facebook game by playing on the mobile version, and vice versa. 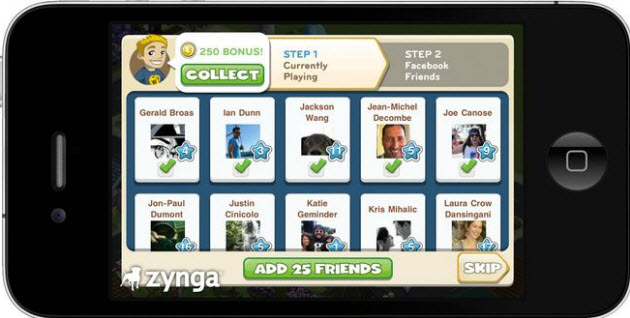