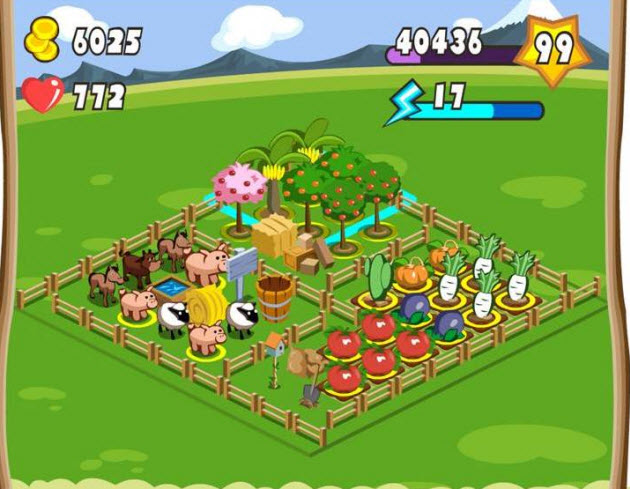 In a bid to find new markets for its blockbuster social game, Zynga is announcing a localized version of its FarmVille game in Japan today.

Called Farm Village, the Japanese version of the world’s largest game — which has 53.7 million monthly active users on Facebook — will be available in early December on Mixi, Japan’s largest social network, which runs on feature phones.

Zynga has made global expansion a big priority as it searches for ways to become less dependent on Facebook. The company has to diversify its risks and expand to new markets. Last week, the company announced that it would launch its newest game, CityVille, in five different languages.

Zynga is a privately held San Francisco company with more than 1,300 employees. It has seen extremely fast growth in nearly four years, with more than 215 million monthly active users playing its games. The company has raised hundreds of millions of dollars from major investors such as DST, SoftBank, and Kleiner Perkins Caufield & Byers. Secondary trading on SharesPost (where employees sell their stock to cash out early) pegs Zynga’s value at $5.6 billion. Revenue for 2010 is expected to surpass $500 million, according to Inside Network. Roughly 10 million Americans play FarmVille every day.

But the dependency on Facebook is a big risk for Zynga. In any given week, Zynga can lose 10 million users or gain that many (based on what I’ve seen eyeballing the numbers over time) That’s why the Japanese launch is so important.

Launched in June, 2009, FarmVille itself is a casual game that users play for minutes a day. The players have been fickle; FarmVille’s audience has shrunk from 83 million monthly unique visitors earlier this year to 53.7 million. Along the way, Zynga has been marketing its other games to FarmVille players. So even if those players stop playing FarmVille, they may move on to other Zynga games. The game is available for free, but users pay real money for virtual goods such as tractor fuel.

Victory in Japan isn’t guaranteed. There are a lot of big Japanese mobile social game companies, such as DeNA, which have entrenched positions. U.S. rivals such as CrowdStar are also moving into the Japanese market. To ensure success, Zynga raised money from SoftBank and created a joint venture, Zynga Japan, to accelerate its entry into the market.

Robert Goldberg, chief executive of Zynga Japan (and a VentureBeat veteran), said that Farm Village will focus on social play, where users play with their real friends, not just virtual friends.