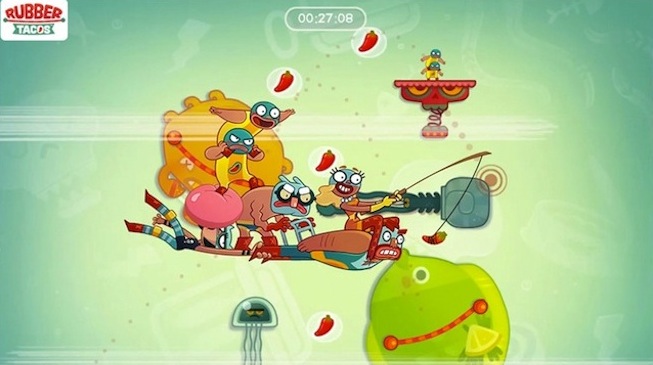 Perhaps one of the more compelling announcements to come from yesterday’s Zynga Unleashed event was the unveiling of Zynga Partners for Mobile, a partner program for mobile-game developers. A number of companies, including Atari, have already committed to work with the social gaming giant. Partner games will take advantage of Zynga’s large pool of active players as well as the features offered in the upcoming Zynga With Friends network.

A short video on stage showed off four developers and their games, providing the press with quick glimpses of the wide variety of gameplay experiences that the partnerships promise to deliver. Here’s a breakdown of what we saw:

Horn is an action-adventure game that looks like it belongs on a console. Sweeping vistas and lush vegetation populate its fantasy world, where a young boy has taken it upon himself to lift an ancient curse that has plagued the land. Like another well-known fantasy game on mobile devices — Chair Entertainment’s Infinity Blade series — Horn is being developed using Epic Game’s Unreal Engine; unlike the linear journey in Infinity Blade, however, Horn will offer players complete control of their character, with much more freedom and movement, including secret areas that can be explored off of the main path. And in combat, players are free to move around their enemy while they block, dodge, and attack.

From the demo being shown, it was clear that simple gestures like tapping on the screen was all you needed to do to move from one area in the level to the next. Another tap brought up a crossbow, which can then be aimed either at enemies or at certain anchor points to place a grappling hook. And as if to emphasize its console-like visuals, the demo ended with a towering stone golem (reminiscent of the epic boss fights found in Sony Santa Monica’s God of War titles) looming above you.

Horn is scheduled to release later this year. 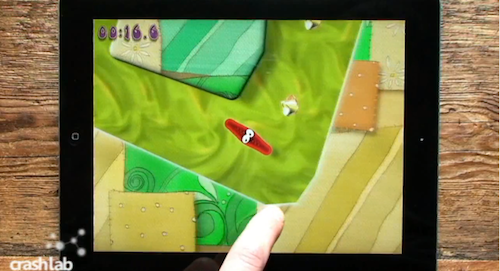 The U.K. developer wasn’t available to show off its product in person, but from what we could tell from watching the video, Twist Pilot is a quirky puzzle game where you use your finger to drag your character through a predetermined environment. Not much else is known, but Twist Pilot is currently on track to be released sometime this year. 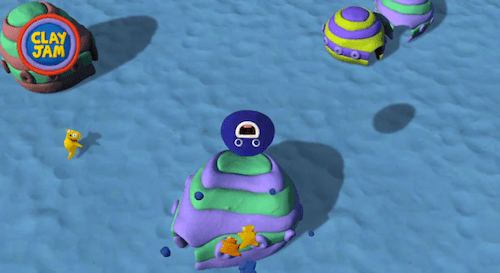 Another U.K.-based developer, Fat Pebble, is responsible for Clay Jam, a self-described “monster action game.” As the name implies, Clay Jam revolves around modeling clay, which gives it a distinct and almost tactile presentation. Players guide a rolling pebble down a hill, and the more creatures you squash, the bigger and faster your pebble becomes.

Unfortunately, Fat Pebble was also unable to attend the event. 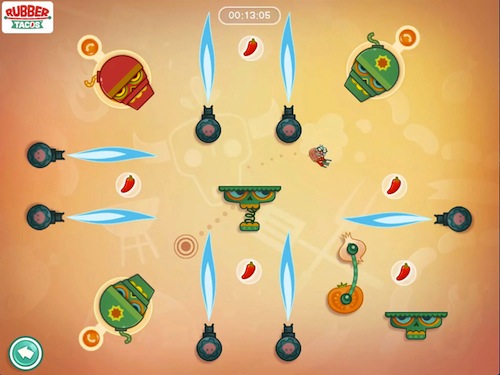 Rubber Tacos is a physics-based game (similar to Angry Birds) that tasks the player with helping a colorful family of luchadores as they chase after a rogue piñata, collecting red peppers along the way. Gameplay consists of pulling back a bouncy platform at just the right angle and momentum to launch your luchador (five in all, each with its own special powers) onto the platform on the other side. Of course, this isn’t as easy as it sounds: In between them are challenging obstacles that will force you to rethink how to tackle each level, such as cannons, open flames, squids (which must be scrubbed out), portals, and more that have yet to be revealed.

Rubber Tacos also has an ambitious social strategy when it comes to playing with other people: Not only can you issue direct challenges to friends for claiming the top score on a specific level, but you can also create your own using the same set of tools that Sava Transmedia used with a simple drag-and-drop level editor. Taking inspiration from Media Molecule’s LittleBigPlanet franchise, these levels can then be shared with your friends for continuous play.

The free-to-play Rubber Tacos is set to release later this summer on Facebook, Zynga.com, and mobile devices.