Zynga founder and chairman Mark Pincus is replacing Don Mattrick as chief executive of the mobile and social game company.

Mattrick has resigned, effective immediately, and Pincus described the departure as amicable in a call with GamesBeat today. The move isn’t a complete surprise since Mattrick hasn’t yet succeeded in turning around the fortunes of the social gaming company. Zynga has cool products coming, but it is still relatively weak in its financial performance, and it’s still trying to find a foothold against King (Candy Crush Saga), Supercell (Clash of Clans), and Machine Zone (Game of War) in a mobile game market that could hit $30 billion this year.

The impact on Zynga could be immense, as Mattrick replaced almost every person in the executive suite with his own hand-picked people. Zynga didn’t describe the change as a firing, and Pincus noted that a mutual agreement between him and Mattrick triggered this move.

Those executives are all staying in place for now. But they are not necessarily going to be Pincus followers. The cofounder said in an interview with GamesBeat that his goal is to bring the founder’s spirit back to the company. He thanked Mattrick for his service and said the time was right for the change.

“When Don took over the reins in July 2013, the company was at the beginning of a very tough transition from being a leader in social and casual gaming on the Web to being a contender in mobile,” Pincus said. “We had to relearn the rules of engagement and start to build a leadership position again.

“We had to go from a company that was leveraging a huge distribution network on Facebook on the Web that gave us seven of the top 10 games, with large game teams averaging over 100 people. We had to learn to operate with smaller teams and deliver much higher production quality. Don was the right person to lead that transition, to build the new DNA.”

Now, Pincus said, “The company is just at the beginning of getting the fruits of that effort.” He pointed to upcoming games like Dawn of Titans, Empires & Allies, and FarmVille: Harvest Swap.

Regarding Mattrick, Pincus said, “He got us in the game in mobile in a big way, and I’m appreciative of that.” 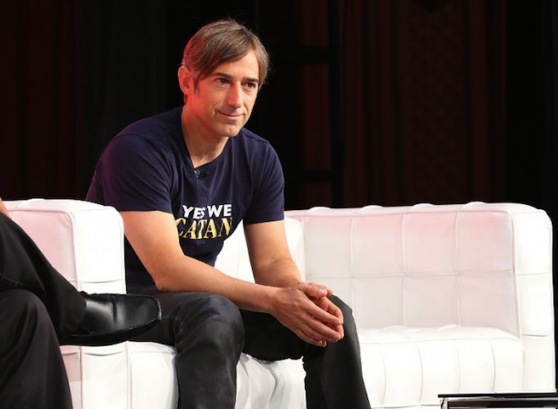 A 30-year game-industry veteran, Mattrick left his high-profile job as head of Microsoft’s Xbox business in July 2013 to take the CEO job at Zynga. Back then, his goal was to help the company bring its mojo back after the decline of its games on Facebook and its slowness in moving to mobile. He hired mobile-focused executives such as Clive Downie as chief operating officer, and he shifted the company of thousands of workers into a “mobile first” strategy.

Thanks to games like FarmVille and Zynga Poker, the company grew to $1 billion in revenues and went public in 2011. It also grew to more than 3,000 employees. But then it stalled as Facebook’s desktop platform slowed and social gamers began shifting to smartphones and tablets. On mobile, companies such as King, Supercell, and Machine Zone rose to the top ranks, and Zynga stumbled. Mattrick joined to right the ship in partnership with Pincus, who remained chairman and chief product officer.

In April 2014, Mattrick took over all day-to-day operations, and Pincus gave up his title as chief product officer. He kept the title of chairman. That seemed like the end for Pincus, who ran Zynga for seven years. He had already had a good run for a founder in Silicon Valley.

As I noted in a story in 2014, Pincus figured out a viable social gaming business years ago when Facebook decided to open up an application layer on its social network. With Zynga Poker, Pincus found that virtual goods and microtransactions could support a free-to-play game-as-a-service. He survived a huge wave of competitors that were in a race to become the biggest social network players.

In its heyday, Zynga came up with hits like FarmVille, CityVille, and FrontierVille. It amassed a billion players and turned those who had ignored games previously into casual players. And it gave Pincus the ambition and vision to change the world through play. Zynga put the traditional game industry’s leaders to shame. The others, like Electronic Arts, THQ, and Activision, couldn’t figure out how to catch up with Zynga on the fastest-growing game platform in history. A lot of those people thought that Pincus was stupid, didn’t understand games, and was bad for the industry.

Yet they couldn’t beat him.

But by April 2014, Pincus moved out of the limelight and let Mattrick run the show. During Mattrick’s time, Zynga bought U.K. game maker NaturalMotion for $527 million. That company is now readying Dawn of Titans, a real-time strategy game for mobile devices. It has awesome 3D graphics and lets players engage in battles with thousands of soldiers. It hasn’t shipped yet, but Zynga has started showing it off. Releases like that one fit into Mattrick’s plan to widen Zynga’s reach beyond casual gamers to core gamers. Under Mattrick, Zynga launched new mobile versions of Words With Friends and Zynga Poker. Both eventually did well, but they also had delays that cost the company a lot of money. Zynga Poker also faced so much opposition from dedicated fans that Zynga had to also offer Zynga Poker Classic, the older version, to mollify the upset players.

Pincus said he evaluated where Zynga was in its transition in publishing hit mobile games for hardcore audiences.

“I looked at where we are, and we agreed for the next chapter [that] we need to layer on some of the special sauce on top of that,” he said.

“We realized we needed to accelerate these moves to differentiate our games,” Pincus said. “Zynga has hit a lot of goals in terms of product quality and becoming a mobile-first company. That’s flipped from where it was a couple of years ago. I think there is a realization and frustration from Don and me and the board that we could do better. At a minimum, you should see results show up in consumer value and audience size and engagement.”

Zynga is in a financial quiet period now and will report its first-quarter earnings on May 7. Zynga has no update to its financial guidance today.

Pincus said that he would make no immediate changes. He doesn’t consider the new hires as “Don’s people.”

“I consider them to be our people,” he said. “No immediate changes. Don and his team have done great work on strategy and plans.

“I’m going to get closer to the details.”