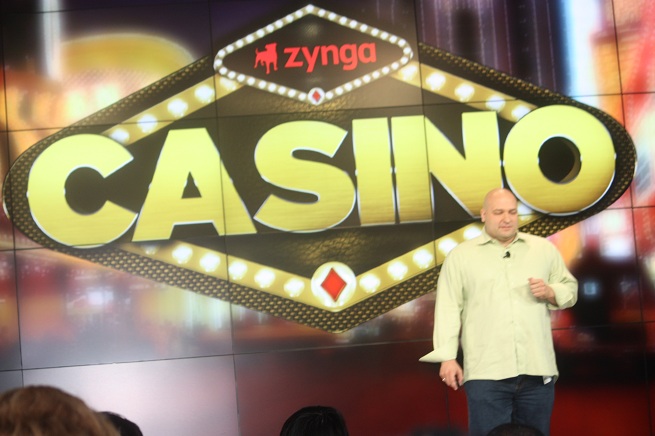 Zynga announced several new games at its Unleashed event today in San Francisco. These games aren’t likely to do much for the company’s reputation for cloning the games of other companies.

Among the obvious titles that could draw flack is The Ville, which is a lot like Electronic Arts’ The Sims Social, a people simulator. Zynga’s position on cloning the games of others is clear. It intends to make its games more innovative and fun by moving into familiar genres and making its games more social.

Zynga is clearly moving into areas that are hot, but it is interesting that the company is tackling genres where it will run into the most competition from existing games from rivals such as EA, Wooga, and King.com. That speaks to Zynga’s confidence that whenever it enters a new area, it can make its games more fun and more popular than existing competition.

Jeff Brown, spokesman for EA, said, “Just once, can Zynga publish a game that they didn’t clone from another developer?”

Among the new titles the company announced today are Zynga Elite Slots, a new slot machine game that is the company’s cross-platform play in social casino games, a hot category for 2012. Zynga already has a bunch of casino games headed by Jesse Jasonov (pictured above) including its oldest game, Zynga Poker. Other new titles include Zynga Slots on mobile, Zynga Bingo, and now the new Zynga Elite Slots games.

Zynga Poker has more than 35 million players a month. Those players take part in more than 55 million hands per day. That base is valuable because it allows Zynga to cross-promote new casino games in the genre, like Zynga Elite Slots. Zynga Bingo was launched earlier this year, and 368 million bingo cards have been played in it so far. About 10 million rounds are played every day, or about 66 years of bingo time.

Zynga also recently launched its arcade “match three” game, Ruby Blast. That game will be rolled out across smartphone and tablet platforms later this year. That game is proving popular, but it is also subject to the “clone” charge since PopCap Games popularized the genre with Bejeweled many years ago.

Perhaps the most original title Zynga had was ChefVille, a restaurant simulation game. But that seemed like a mashup of existing titles such as Zynga’s own Cafe World and other restaurant-related games.