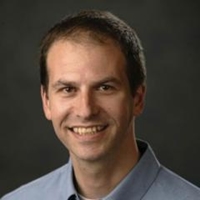 It looks like Zynga isn’t done poaching executives from rival Electronic Arts. Jeff Karp, executive vice president for a major EA division, is leaving the company to join the social game company, according to the Develop game news web site.

EA and Zynga have declined to comment and no official announcement has been made yet. The move comes a few months after EA chief operating officer John Schappert left to join Zynga. Karp’s defection is the latest move in the ongoing war for talent in Silicon Valley’s fast-growing games business.

Karp headed the EA Play label, which develops casual titles such as The Sims, MySims, Maxis, and Hasbro. Karp worked at EA for 11 years and held multiple positions including senior vice president of marketing and chief revenue officer.

Zynga has been successful at raiding EA’s talent pool in part because it has considerable market potential, even though it’s a private firm. Zynga can hand out shares of the company in the form of stock options, and those options could become extremely valuable if Zynga goes public, as it has announced it plans to do. This could be a powerful motivator for EA executives. Other former EA executives who have joined Zynga are Schappert, Steve Chiang, Mark Skaggs and Colleen McCreary.

Of course, EA still has more than 7,000 employees, while Zynga has closer to 2,000. Not everyone is jumping ship. Last week, EA appointed EA Sports chief Peter Moore as the new chief operating officer, replacing Schappert. The company also elevated Frank Gibeau, head of EA Games, so that he  now managines multiple labels including EA Play.