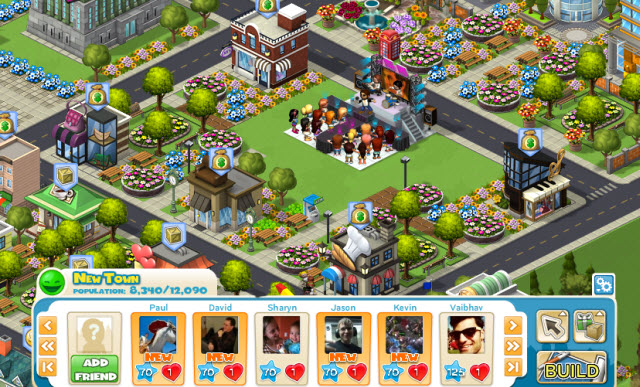 Zynga has teamed up with international popstar Enrique Iglesias to promote its top social game CityVille.

Under the deal, fans can interact with Iglesias’s avatar, get rewards that showcase his lifestyle and hobbies, and get early access to Iglesias’s upcoming music video, “I Like How It Feels.” The deal is similar to a promotion that Lady Gaga did for Zynga’s FarmVille game. While Zynga doesn’t have brands of its own, it can benefit from brand recognition by cutting these kinds of deals with stars.

These celebrity deals are relatively quick and painless for Zynga to implement. They can be a matter of creating a few new branded virtual goods in an existing game. But they can make a big difference to starstruck fans, who may be more likely to spend money on virtual goods as a result. As few as 2 percent of Zynga’s players spend the bulk of the money on Zynga’s games. So any celebrity promotion can be a good return on investment.

In the game, players above level six will be visited in their city by Iglesias’s avatar. Users can collect Iglesias’s brown boots, leather bracelet, military cap, and two-seater plane. They can get rewards such as an Iglesias-themed speedboat and a Miami high rise. Players who build Iglesias’s Euphoria Arena (pictured) can unlock a preview of the new music video. Besides Lady Gaga and Iglesias, Zynga has also partnered with Lucas Films (to bring Indiana Jones to Adventure World) and Dr. Dre for Zynga’s Mafia Wars game.