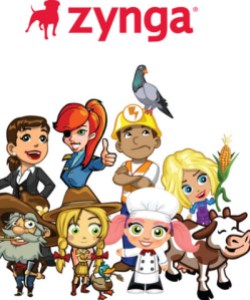 Zynga may float its initial public offering after the Nov. 24 Thanksgiving holiday, according to two sources close to the matter who spoke with Bloomberg.

The social game maker, responsible for titles such as Farmville and Empires & Allies, filed its S-1 on July 1, and many expected the company to list itself on the NASDAQ exchange by this time. Zynga is hoping to raise $1 billion in its IPO.

A representative from Zynga told VentureBeat, “We’re not commenting.”

The Zynga IPO would follow closely on the heels of Groupon, which listed itself this past Friday at $20 per share, and may augur in a new wave of tech IPOs. Zynga games are played inside social networking platforms such as Facebook, and have been minting money for the San Francisco company.  Zynga recently amended its S-1 filing to show that the company has 6.7 million paying subscribers, up significantly from 5.1 million one year ago.

The question that will be on many people’s minds will be how soon Facebook will follow suit.