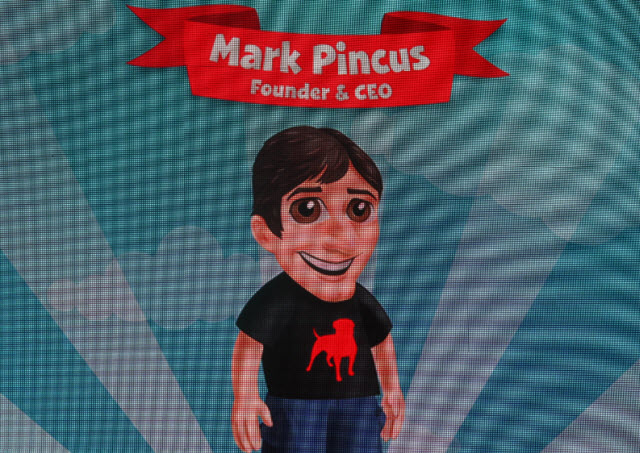 When Zynga goes public at the opening bell tomorrow at $10 a share, it will be more valuable than video game giant Electronic Arts.

Zynga’s $10 a share opening price gives it a valuation (with options included) of $8.9 billion, compared to $6.93 billion for EA’s value. That’s a pretty stunning fact, as Zynga was founded in 2007 and EA was formed at the dawn of the video game industry in 1982. EA generates about $4 billion in revenue a year, while Zynga has generated $1.5 billion in revenues in its entire lifetime.

The price discrepancy may seem unfair to EA shareholders, but Zynga is considered to be in the hot part of the market, social games on Facebook. EA, which makes games from Madden NFL 12 to Battlefield 3, is challenging Zynga in that market, but Zynga has the upper hand, with five out of five of the top games on Facebook. EA is competing in social with The Sims Social and it has a much larger presence in mobile games than Zynga does, but EA’s value is nonetheless smaller.

Activision Blizzard, on the other hand, is valued at $13.57 billion today. Activision makes games such as Call of Duty Modern Warfare 3, which generated more than $1 billion in its first 16 days on the market. The company has a strong presence in online gaming with the market-leading World of Warcraft, which has 11 million paying subscribers. Zynga, by comparison, has only 7.7 million paying customers — just 2.5 percent of its overall user base.

Nexon, meanwhile, went public on the Tokyo Stock Exchange on December 13. The Asian online gaming giant has 77 million users for hardcore online games such as Maplestory and Dungeon Fighter. Nexon raised $1.2 billion at a $7 billion valuation, but its stock has fallen somewhat in the first two days of trading. Compared to Zynga, Nexon is much more profitable, with $260 million in earnings so far this year, compared to just $30 million year-to-date earnings for Zynga.

Does this mean Zynga is over-valued compared to its peer group? We’ll find out when trading starts tomorrow on the Nasdaq stock market.