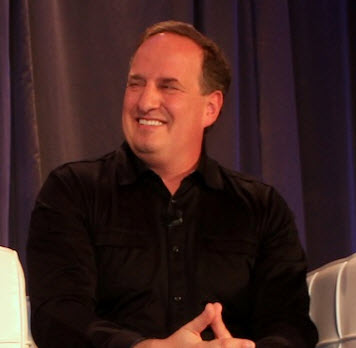 Social game maker Zynga has shifted 80 percent of  its game traffic to its own private data center servers, known as the zCloud, the company revealed yesterday in its earnings call.

But it didn’t mention one of the prime benefits of that shift. For every three servers that it used to have on Amazon Web Services, it can now get away with just one on the zCloud.

The zCloud can thus dramatically lower the company’s costs, Allan Leinwand, chief technology officer for infrastructure engineering at Zynga, told VentureBeat. That, in turn, gives Zynga some huge cost advantages over its rivals in the social game business, he said. Leinwand is sharing these details in a speech at the Cloud Connect conference in Santa Clara, Calif. today.

Zynga started out using its own servers. Then, in June 2009, it launched FarrmVille. The game was an enormous success and it forced Zynga to shift to Amazon Web Services, a public cloud-based infrastructure that allowed it to tap Amazon’s extra computing resources as necessary to handle the enormous demand for Zynga’s games. 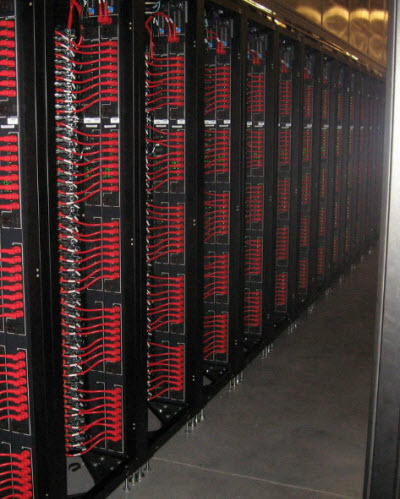 But starting last year, the company began heavily investing in the private zCloud. Yesterday, the San Francisco company disclosed that it spent $238 million on capital expenditures in 2011, up four-fold from the year before. And most of that was due to zCloud spending on server infrastructure that was precisely suited for Zynga’s mix of games. As it designed the zCloud, Zynga focused on the hardware and tried to eliminate every bottleneck in server components such as microprocessors, storage, and memory.

“We launched with AWS and then began to understand the stresses of the traffic and how we could manage it,” Leinwand said.

At the beginning of 2011, 20 percent of Zynga’s daily active users were hosted on the zCloud and 80 percent were on Amazon. Now that has been reversed. Over time, even more users will be hosted on the zCloud. Zynga was able to deploy the zCloud for its initial trial within six months. CityVille Hometown, a mobile game, was the first to be entirely hosted on zCloud. In November, CastleVille started on the zCloud, and the system was able to handle huge traffic growth when the game grew to five million users in six days. Zynga now has 240 million monthly active users.

Of course, shifting most of its user base to a private cloud carries its risks. Zynga now has to invest in its own data centers. If its games suddenly become unpopular and the user count drops, Zynga could get stuck with too much infrastructure. But the bet has paid off so far with steady growth in users and lower costs per user. Zynga can now deploy up to 1,000 servers in 24 hours. Zynga’s infrastructure is one of the largest uses of public and private clouds in the world.

Leinwand also said that Zynga has more control over the availability of its games. The company can now precisely understand the computing experience that players have, like how many seconds they have to wait for something to happen. Now it can measure everything. Leinwand said Zynga embraced the idea of “all-in availability,” which meant it would handle the load even if Amazon went down.

“We wanted to understand our availability and make sure that it was solid and always there,” he said.

Now that the zCloud is up and running, the company is collecting data on just how well all of the parts of the data center are working and what can be done to cut costs and improve the user experience. While Amazon is an all-purpose four-door sedan, Zynga’s custom-built zCloud is a sports car tuned to one purpose.