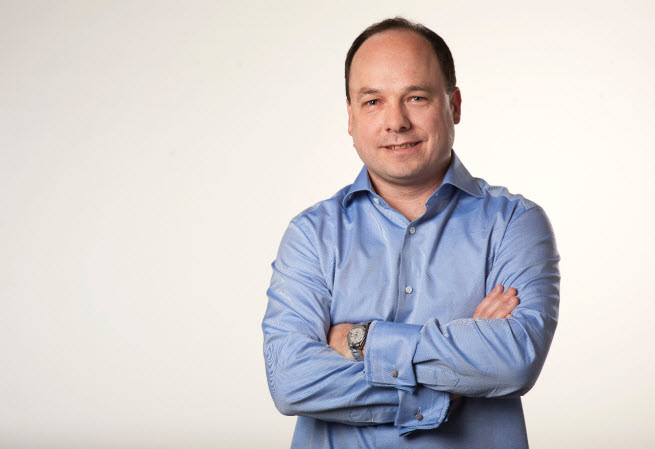 John Schappert is the chief operating officer at Zynga. Today, the company is releasing one of his team’s big projects, formerly code-named Project Z, also known as Zynga.com for consumers, and Zynga Platform for third-parties.  The announcement moves Zynga’s games beyond Facebook in a big way.

Zynga.com will be a new destination website where users can play its social games without going directly through Facebook. The Zynga Platform will welcome third-party game publishers and developers to publish their titles directly using Zynga’s technology and infrastructure. These moves could help Zynga become financially more independent from Facebook, which generates 90 percent or more Zynga’s revenues, and they could help it expand.

Schappert, however, says the move is aimed at enabling more gamers to quickly and easily access Zynga’s games. Here’s a transcript of our interview with Schappert.

Gamesbeat: The strategy, can you maybe talk about that some? What’s the bigger picture here?

John Schappert: I would say the bigger picture is, we’re announcing the Zynga platform, and bringing a new platform to the world, for our players and our partners. One high-level way of looking at it is, to date we’ve been a web/game company delivering content to our players and developing our own internal infrastructure and technology. And now we’re transforming into a gaming and platform company. We’ve listened to our players, to what they want from social gaming. They want a place where they can play together, they want a place that curates and delivers the best new social games for them, where they’ll always have a friend to play with. And we’ve listened to our developers and partners out there. They’ve been clamoring for ways to get their games into the hands of players, and for technology to overrule the scale, to deliver better data analytics, and frankly all the stuff that we’ve been investing in for years. So the Zynga platform that we’re announcing tomorrow will deliver on all those.

GB: Why is the timing good now? What was complicated about this? Why did it take a long time to pull it together?

JS: You know, the whole business is complicated. First, Zynga.com has been worked on for an awful long time. We’ve been working on it and had it in closed beta internally for a while. And now we feel that it’s in a good state to bring it out to the masses. We’re launching it in early March. And we also hired Rob Dyer. I think he’s familiar to you from his past life where he headed up third-party publishing for Sony Computer Entertainment America. He ran third-party publishing for PlayStation. We hired him. Probably four months ago, five months ago, and he’s been working in stealth mode on getting our partnering, Zynga Partners program running. Zynga Platform Partners is our acronym. Getting that running. And now we feel like we’ve got some good news to share with the world.

GB: He’s got some work to do. I didn’t notice EA or Nintendo on the list of third parties…

JS: [laughs] Give him some time.

GB: Okay. So is there a certain kind of company that you guys went after first? That you felt like would be appropriate for this kind of relationship?

JS: You know, the interesting thing on the partnering, the Zynga Platform Partners program, it’s got a bunch of different options for developers and frankly publishers to work with us. We can work with existing games that are already on Facebook right now, and work with those companies to bring them to Zynga.com, which we are doing. We can also work with new games that have not yet launched, and bring them across the entire Zynga network. Both Facebook and Zynga.com. So he’s working with developers in a multitude of different partnerships.

GB: If you’re at Facebook, you might greet this day with a little bit of alarm. What do you say to them to help them put this in perspective?

JS: Well, we’ve been working closely with them for a long while. This is certainly not a surprise to Facebook. It’s worked in partnership with them. The whole project coming to fruition is thanks to their help and support. What we’ve done is… What if there was a destination site just for social gaming? We wanted to make it as easy as possible for people to access it. That’s why it’s one of the few sites that are out there that truly integrate and use the bulk of the Facebook APIs and connectivity. Just like you log in and out of Facebook with Facebook Connect, you’re going to use Facebook Connect to log in to Zynga.com, and just as you use Facebook payments and Facebook credits on Facebook, you’ll use the same payment methodology on Zynga.com as well. So we’re very, very good partners with Facebook, and our game boards are shared. You can start on Facebook, continue on Zynga.com or vice versa. Start playing on Zynga.com and pick up and play on Facebook as well. So we think it’s very, very complementary to what Facebook is offering.

GB: I know that one of the attractions of doing Zynga.com was that you didn’t have to pay somebody that 30 percent. Bu you’re willingly sticking with that Facebook Credits relationship there. Can you explain that part?

JS: You’re right in that the economics of it are the same for us whether it’s on Zynga.com or on Facebook. Again, our goal is to make it as simple as possible to access the best social games, and that’s what we’ve optimized for. We want people to be able to log in simply, we don’t want to have there be high barriers to entry or friction. And we want to make it simple, something people are used to. They’re used to the Facebook Connect login, they’re used to the Facebook payments. What we want to focus on is getting more people to play social games, and getting people who play social games to play them even more and have a better time doing so. Playing with their friends or people that they may not have already known who love social games. So that’s really where our focus is. If we can increase the number of people who play social games and increase the engagement of current players, we’re going to be very happy.

GB: I think some people thought that there was a requirement, that you had to keep certain games on Facebook as Facebook exclusives, but I guess that’s not actually an accurate reflection of the partnership. Is it okay for you to take any game off of Facebook and put it on Zynga.com?

JS: I can’t get into the particulars of our Facebook contract. But I can say that I think it’s safe to say that they are our primary partner, and a great partner to us, and I hope that they would say the same. And I think that Zynga.com is a great… It’s very nice for Facebook, using their full complement of APIs. And it’s great for Zynga. And most importantly it’s great for the player. There’s a lot of players that play games on Facebook, we’ve listened to them and talked to them over the years, and they say, you know, “I want an easier way to find great new social games. And by the way, I want to have people I can play with.” When people play games, it’s not much fun if you’re playing alone. It’s a little bit better if you’re playing with a couple of people, but it’s a whole lot more fun when you’re playing with a bunch of people. Not everyone has that list of friends on Facebook that all play the same games that they do. So with Zynga.com, they can go there and they can always find a friend. They can progress faster in the game. They can have, frankly, a better playing experience. And if they want to pick up their playing experience later and continue it on Facebook, they can.

GB: Is there something that you would tell analysts about how this part of the business will impact 2012 revenue?

GB: Do you have a day for when it’s actually live for consumers?

JS: Early March. [chuckles] We want to leave ourselves a little opening there on the launch timing.

GB: Is it very similar to the third-party organizations that the console makers have set up? Is it different in any particular way? Also, is there some kind of percentage fee that you’re going to go with as the amount that a third-party would pay to get on this?

JS: We’re not disclosing details of our financial arrangements with our partners. The reality is, it is a rev-share agreement, it’s a standard publishing arrangement we’re looking at. But it’s also… That differs from a partnership, because like we said, some people will want to opt in and say, “Gosh, I’d like to take my existing game to Zynga.com.” Others will say, “I’d like to have you publish my game across the entire Zynga network.” And others will say, “I’d like to use your technology and infrastructure,” as we start rolling out our Zynga API over the year. There’s just different forms of partnerships.

GB: So is it really analogous to a third-party organization that a console maker has?

JS: I think it’s quite analogous to that. That’s why we hired Rob Dyer, he certainly headed that up for Sony and did a great job there. He’s great at cultivating relationships, spotting great talent, working with teams, providing them with the support they need to make their games as good as possible, capitalizing on the resources that the platform holder has. He did all that for many years at Sony, now he’s going to do that over here. He’ll galvanize the resources we have at Zynga, that have fueled our growth and given us the top six games on Facebook, and be able to bring those to third parties, to developers and publishers.

GB: Are there any other things I should know about here?

JS: Anything else you should know about? I think you’re smart enough, you get it all. I hope that you also understand and appreciate the Zynga Platform Partners program, because that really is something very important as we start looking at the Zynga platform. We realize that… Well, our mission is to connect the world through games, and our vision is, let’s get a billion people to play together. Those are big, audacious goals. We can’t do that all alone. With the Zynga Platform Partners, our goal is… Let’s work with all the greatest people out there that are making games, so that they can bring them out and access our network, access our technology that scales, that’s got great data, great analytics, great APIs. They can focus on making great games for the players. As excited as I am about Zynga.com, I’m equally excited about Zynga Platform Partners. I think that all that together is really a big advantage, not just for Zynga but for the industry.