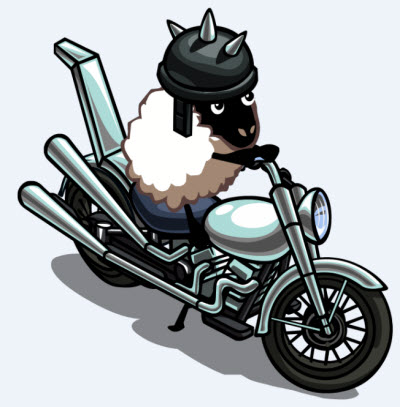 GagaVille is a special setting within Zynga’s popular social game where users can get exclusive access to Lady Gaga’s upcoming album, Born This Way. If users buy a $25 Zynga Game Card, which can be used to buy virtual goods in Zynga games, they can get access to the album for free before it is released on May 23. There are a number of other promotional deals too. The move shows that social media can team up with celebrities to create joint marketing partnerships with little cost or effort.

Zynga is the world’s largest social game publisher with more than 250 million monthly active players, while Lady Gaga has sold more than 10 million albums. The alliance with Gaga is an attempt to drive awareness of both into the stratosphere.

Zynga has created a Gaga-inspired farm inside the game that will showcase Lady Gaga’s style and themes from her albums and videos. It will have things like crystals, unicorns and sheep on motorcycles.

Users in the U.S. and Canada can get $25 Zynga Game Cards at Best Buy that include a free download of the Born This Way album plus exclusive bonus tracks, redeemable on May 23. There’s also an exclusive Lady Gaga unicorn for FarmVille players. Zynga will also have a contest and will give seven winners a day “On the Set With Gaga” during the artist’s next music video shoot.