In the distance lies a bright star sitting on the horizon. It's dark, lonely, and I need to contemplate my next move before progressing through the varied and hostile Mojave.

I'm making my journey to the New Vegas strip and I haven't the faintest idea of what lies ahead but I can rest assured the choices I will have to make will be frayed and everywhere at once. The pressure and risks placed will be taken in concert with the power and resources that ultimately need to be sacrificed in order for survival in its broadest form. 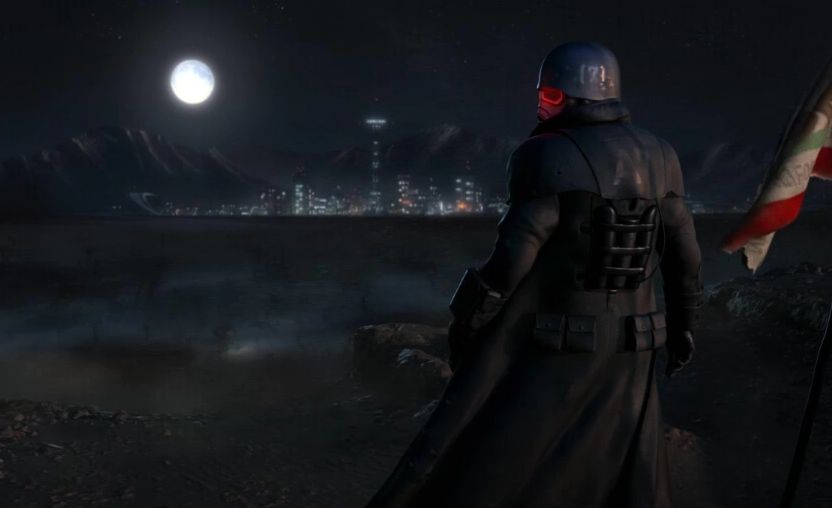 The world of Fallout: New Vegas feels alive. The music is plucked straight from the saloon, and the characters flesh that out with eccentricity built on the western persona. This comes to be very important, as your interaction with them can drastically determine the relationship you build with that group.

Progressing through, the tension is insurmountably overwhelming as you determine which factions and alliances to build. You can fight the power with Caesar's Legion carefully noting their evil ways, or side with the good intended NCR struggling to calm their imperialistic nature. All of this comes down to unique experiences that will keep you glued and watching your every move as the battle for Hoover Dam comes to the textbook definition of tension. Making alliance choices only builds on the suspense that creates the world to feel more active and moving.

The main story quests takes you on a tour of wild goose chases, hit-man dirty work, and scavenge exploration. It manages to keep the chain of events linear, while also steering the player's wheel down the road less taken which appears to be the most commendable feat accomplished in this aspect.

The story is, unfortunately, somewhat unidentifiable. The interesting opening scene captures the spirit of, "It's just business," that ties into the setting, but fails to grab the player. An unknown courier met in the middle of his life is supposed to be the hero of the wasteland? The attention is subsequently focused on the political tension, rather than the human emotion.

The real treasure of the game falls on the side quests. Discovering new and wonderful surprises with a goal in mind captures the Fallout spirit, and it was superbly executed in this installment to the series. The excluded and more impressionable landmarks are shrouded in mystery such as the Devil's Throat, a crater in the north-eastern landscape. Filled with centaurs and high radiation, the initial instinct is to turn back around because there really isn't anything worth checking out. Normally I would have fallen victim to this, but the chance of what lies inside is reason enough to explore, braving any harsh curve-ball the wasteland pitches. The improved items list portrays a sense that anything can happen. The wide array of weapons, aid, and valuable possessions create a higher chance for some incredible moments. 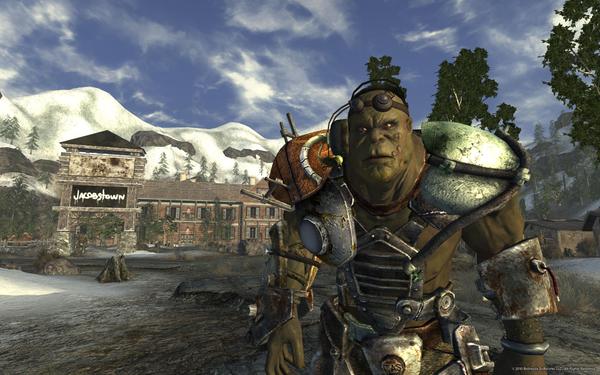 The weapons also make traversing this wasteland worth your while. Modifying  weapons is a simple yet deep concept. Not only are there a wide variety of weapons (shotguns galore) but you can also change ammunition types to make the often dangerous wasteland a comfortable fit for almost any situation. This level of customization greatly balances out the RPG aspect of the game, making you take into account what's worth carrying and what isn't based on your infinitely personal play-style. Another notable improvement is the addition of iron sights.

Being able to use the iron sights contributes to the game-play in a specific manner. Interestingly I've found myself depending less upon the V.A.T.S. just to get around. Improved accuracy options can change a situation for the better where it wouldn't have without iron sights. It feels a lot easier as well and keeps the game-play flowing, especially during intense battles. 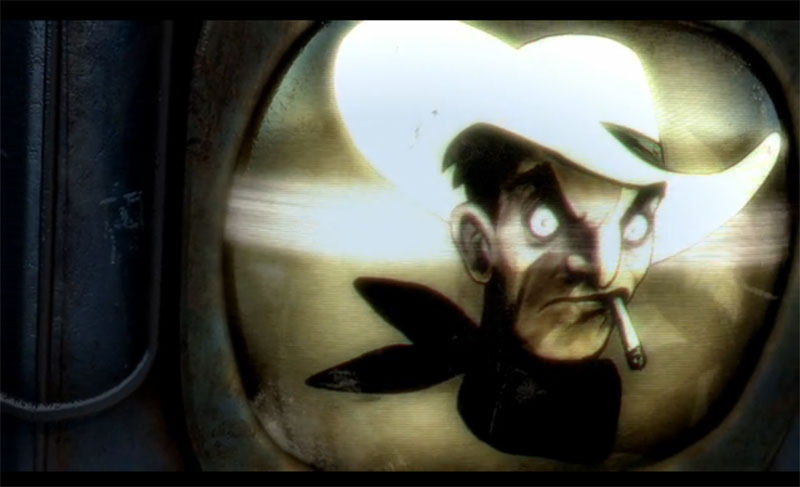 The variety of the Mojave is one of the more interesting aspects. The surprising level of depth and differentiating terrains is both striking and impressionable. A fantastic example is the slum called Freeside that surrounds the gates of the luxurious New Vegas strip. The contrast plays in part with the hostility. Walking through an alley, I noticed a young man motioning me to follow him. Out of curiosity I did. Further into the alley he stops and jumps me and two of his friends come out of nowhere. This is just one of those exciting New Vegas incidents that are prone to happen at any unsuspecting time. The most fascinating part is how closely this ghetto sits next to such a sheltered environment.

One aspect I must address though, is the frequent bug issue. Travelling through the wasteland, enemies may have sizing issues, or be stuck in the air. Others may even be invincible and friends may inexplicably turn around and run the other way. The frequent glitches can even make important things simply not happen. It is a very sad con factor, but any true fan of the series can overlook the bugs to the wonder lying underneath.

Some additions are variably interesting, but do not succeed in seeming to be useful. Using campfires for instance, seems a little less ergonomic than just scavenging a couple of stimpaks rather than searching for a large amount of plants and items just to make a gecko hide. The concept would attract players more, if their was an exclusivity factor. Say, there's a special armor only available to organic items implemented on a work bench. Or a certain concoction limited to the campfire may have interesting affects, or sell for big caps. 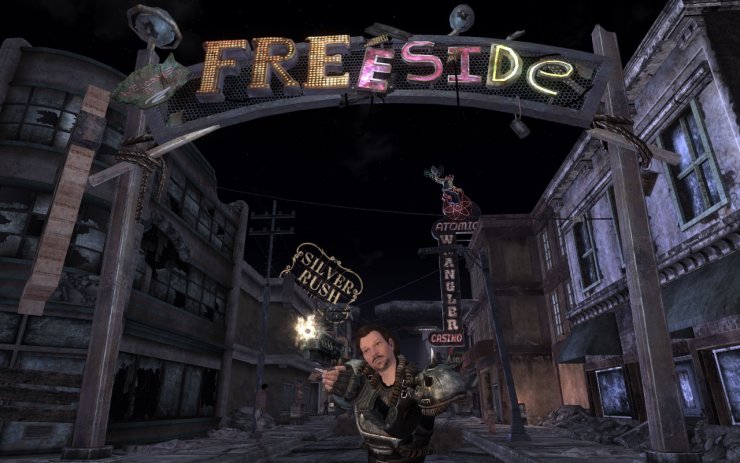 The hostile environment of Freeside

Exploring is very crucial to the game. The true spirit and backbone of New Vegas thrives in the obscure landmarks plastered all over the varying terrain and help define this truly unique environment. The world lives through all of the limitless customization not only in your character, but the way you play drastically affects the environment which is an extraordinary feat on its own.

Fallout: New Vegas may have somewhat crippling issues, but the Fallout spirit is captured with remarkable character and a truly unique gaming experience fit for any RPG fan.