Picture this: You're playing a game. Maybe it's an RPG, but it's just as likely that it's a shooter or a platformer. The environments are well done, the cinematics are crisp and engaging and the story is pulling you inexorably towards a climax. The protagonist, whether created by you or not, is someone or something you identify with and are willing to spend the next twenty to thirty hours with.

There's only one problem: the gameplay is unforgivably bad. You keep getting stuck on unnecessary, poorly designed puzzles or some jumping mechanic that isn't just quite working right – and not for your lack of skill. After all, you're an experienced gamer and a quick learner. But you just keep dying. You're dying so much it's like you're playing LImbo or Braid … only you're pretty sure you're not supposed to be plummeting into the abyss so much. 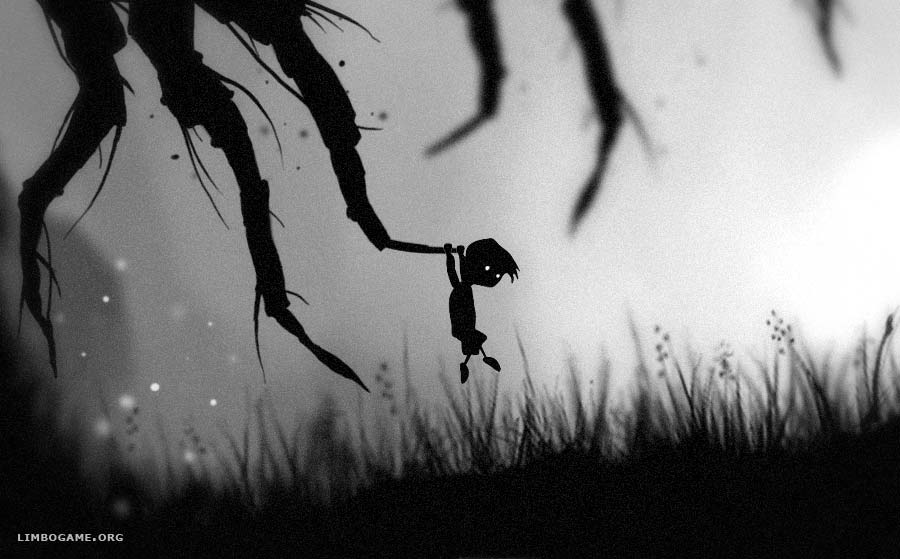 Trial and error is the name of the game.

It might be permissible were the checkpoint system not so horribly unforgiving. But it's not. Finally, in a fit of frustration, you commit the time-honored ritualistic gaming suicide known as the "rage-quit". Maybe if the developers really wanted you to rescue that princess they wouldn't have put so many damn puzzles in the way. Well, so much for money well spent. There comes a time when every gamer asks themselves a few questions: How much is too much? How much am I willing to forgive? Does this game really deserve to be finished?

There isn't any mathematical formula to determine how much a gamer is willing to forgive before finally giving up (but maybe there should be). The above example was about bad gameplay, but it might be that the environments look terrible or the characters are entirely unsympathetic. Perhaps the dialogue is so atrocious to listen to that you can no longer bear to plow your way through the story. More often than not, however, I'm willing to bet that the game gets finished. 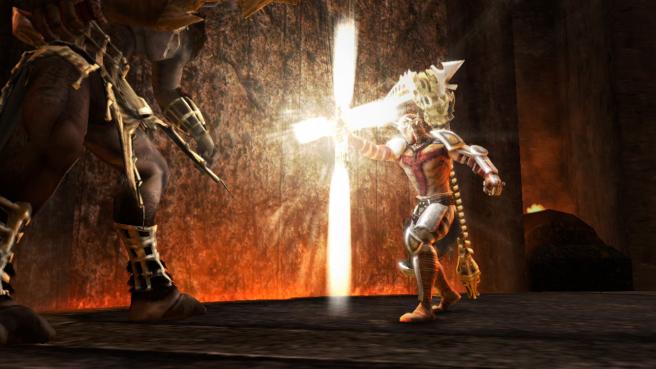 You shall cower before my ability to spam the B button!

Gamers can be pretty forgiving. Before I sat down to write this article, I was playing through EA Game's 2010 release Dante's Inferno. Having read all of Dante's Divine Comedy, I was quite interested in how this 14th century epic poem could be reinterpreted into a hack-and-slash video game, to say the least. I wasn't expecting much from the game play itself Hacking and slashing gets pretty boring after a while and I absolutely abhor the vast majority of puzzles that get shoehorned into this genre, so I was pretty much playing for two things: story and visuals.

The story was a bit heavy handed, but that's to be expected with the gaming equivalent of a B-movie. The source material was equally unforgiving when it came to morality – characters are either wholly good or wholly evil. The environments were grotesquely fantastic. Alas, the game play was not. While the combat was boring and repetitive, I was willing to push through. The platforming was irredeemable. Why do I need to rappel my way through Hell? The point of the mini-review is this: though I rage-quit today, I will finish the game, if only for achievements. 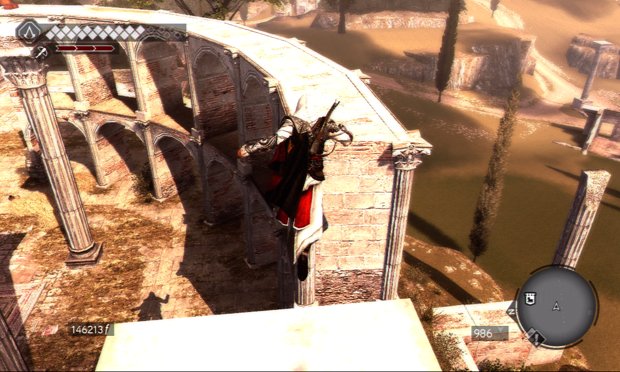 I'm actually trying to drop to the ground.

It's not just the Dante's Inferno's of the gaming world that suffer from crippling flaws. The Assassin's Creed series is both critically acclaimed and one of my favorites, but I can't tell you how many times I've had a rooftop romp broken up by the fact that Ezio decided he'd rather hang limply from the edge of balcony. But a riveting story, engaging combat and charismatic protagonist are enough for me to forgive any small flaws. Similarly, I love exploring Bethesda RPG's such as Morrowind, Oblivion or Fallout 3 that I'm willing to forgive stiff character animations and game-crashing bugs.

So it appears as though the industry standard is a balancing act. Counter your broken jumping mechanic with witty dialogue. Contrast your run-of-the-mill story with innovative, intuitive combat moves. Gamers understand – making a game costs a lot of time and money. We've shown that we're very willing to forgive. The sad thing is, the same mistakes keep getting made. How much longer would it have taken to design an interesting puzzle? To write some better dialogue or craft a better narrative?

I might have a ten-foot sword, but I'm as stiff as a horse's ass.

We're paying top dollar for our games, and we shouldn't have to expect to put up with the same simple mistakes that we now take for granted. That's why over the coming weeks, I'll be posting a series of articles where I explore various crucial elements of game design and how they're often, well, done wrong. I'll give detailed examples of both the good and bad, and suggest methods of improvement. With any hope, we'll all be better informed about how to think critically about what we're playing, so that maybe we can articulate the changes we'd like to see in our entertainment.