Apparently, people care about stuff that matters. To them, at least.

In the largest study of push notifications ever, Urban Airship says that average opt-in rates are highest for apps in categories like business, charity, travel/transportation, and utility/productivity. Meanwhile, they’re lowest in mobile gaming, food and drink, and retail apps.

That’s a two percent decline from the previous year. The biggest drop was in retail, where average opt-in rates dipped from 46 to 37 percent. On the other hand, however, Urban Airship says that high-performing apps achieve notification opt-in rates of over 50 percent, while “multiple industries” are over 70 percent. And those who do push well see four times the engagement and twice the retention of other apps. 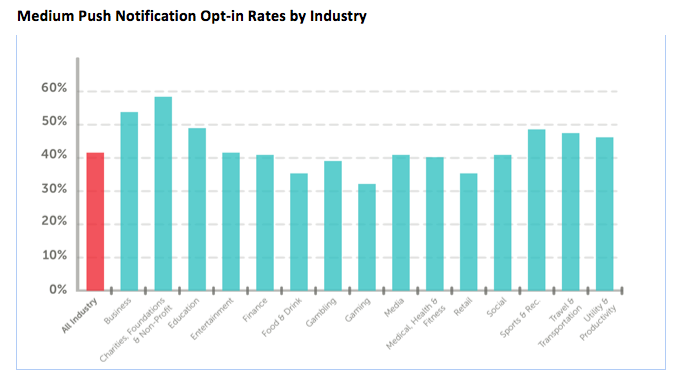 Why the slight overall decline?

“As more and more apps turn to notifications … it’s natural users will become more selective about which apps they allow to send push notifications,” Urban Airship CEO Brett Caine said in a statement.

The flip side, he added, is that there is no other business-to-consumer communications channel that achieves at least one-third of the audience opting in on average.

The perennial concern of digital marketers, of course, is that the push windfall will end as consumers tire of messages from brands. And many users clearly do opt out. But not all. The clear message is that push, done well, is still a powerful tool: High-performing apps achieve 45 percent higher opt-in rates than medium-performing apps.

One tactic that works is occasional humor.

“Once you get a handle on personalization and segmentation, you can push the envelope,” said Kahuna‘s Adam Marchick, who related what 8Tracks — a Pandora competitor — recently did. “After trying it first with a tweet they used humor … and it worked. They starting doing pushes to lapsed users: ‘Come back, we miss you, we can change.'” 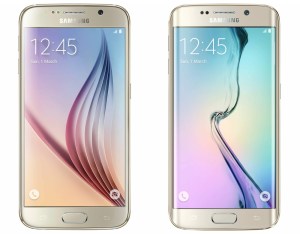 But flooding users with messages is — as should be obvious — counterproductive.

(And, perhaps, in fewer consumers tuning out and turning off push.)

Urban Airship bills itself as the leading mobile engagement platform — and our research bears that out. This particular study spans 3,000 apps in use by 500 million users who were sent 100 billion push notifications throughout 2014, so it’s an extremely comprehensive overview of mobile user engagement and opt-in rates.

One interesting question for the future: What will Apple Watch and its “glances” do to those numbers?