After several years of 50-plus-percent growth, marketing automation is still the new kid on the block.

Even with 70+ vendors in the space. 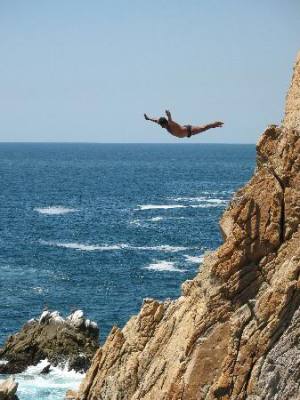 “If you’re in the business, it seems like everyone’s doing it,” analyst and consultant Dan Freeman told me yesterday. “But if you take a different perspective, it’s really early.”

In the tech business-to-business sector, most companies have now adopted some form of marketing automation, Freeman says. But that’s only a small slice of the overall market, so even though marketing automation gets a lot of hype and virtual ink — particularly via major acquisitions such as those by Adobe and IBM — it’s still very early days.

According to Freeman, that puts marketing automation squarely in the “crossing the chasm” phase, meaning that the sector is just now spreading from the early adopters and innovators to the early majority.

Freeman recently published What Every Marketer, Vendor, and Investor Needs to Know About Marketing Automation on VB Intel.

“What’s really happening is that the first wave of users is on board,” he says. “That’s actually a very small portion of businesses … it’s still at less than four percent of the U.S. market.”

Which means we’ve seen some progress, I suppose, since January of this year, when Act-On CEO Raghu Raghavan told me adoption was around three percent.

And which also means that we’re poised for hyper-growth, with the top solutions looking to take control of the market in a major expansion period over the next five years. We’ve already started to see that with Salesforce’s Pardot, which tripled its customer acquisition rate earlier this year.

“We’re in hyper-growth right now, with 40-50 percent increases in revenues per year,” Freeman says. “But a lot of companies aren’t participating in that growth like the aggressive companies: Act-On, Marketo, Pardot, Hubspot.”

The key difference? Venture capital — and lots of it. 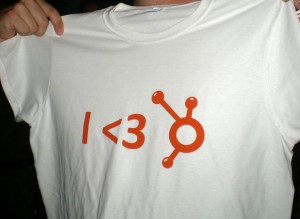 The companies that have received a significant amount of venture capital over the past few years are in hyper-growth — like Act-On, which just closed a $42 million round in April. At the time, CEO Raghavan told me Act-On’s growth was only limited by “how much money I have to hire salespeople” and that marketing automation was still “a greenfield market with only five percent penetration.”

In contrast, the slow-growth companies that are self-funding are growing at a still-good but more sedate 10-20 percent rate. The result, Freeman says, is likely some significant continued consolidation over the next few years.

In addition, as marketing automation as an industry becomes more penetrated, the larger companies will start offering industry-specific solutions. Salesforce is already doing that, IBM offers several “tracks” for different verticals, and Marketo is likely to release tailored versions of its core marketing technology for the medical, legal, high-tech, and other sectors.

One thing we’re already seeing is convergence between CRM and MA (marketing automation):

“You see more and more platforms that have basically both, and it makes a lot of sense,” Freeman told me. “There’s a whole complication when you have to integrate, which adds a lot of complexity, and small businesses don’t handle that well. For example, I use Salesforce, but I only touch on the features, so a very basic CRM system would suite me fine … I would see that as a real growth area.”

One interesting divergence in Freeman’s point of view is in terms of marketers’ core digital competencies.

While surveys by companies like Adobe have shown that marketers lack core skills in digital marketing and that shockingly low numbers of them know how to reinvent themselves for the new marketing technologies, Freeman thinks it’s actually not that big of a problem.

“That statistic is kind of meaningless,” he says. “I know a lot about the digital marketing world, but I don’t feel comfortable with it … there’s a lot to learn about the world of marketing tech, and it’s a world unto itself. There’s just a realization that the tools are constantly changing and you need to be open to the new tools.”