AdStage has today revealed the next phase of its effort to be the platform that addresses any marketer’s needs. The social advertising management service has expanded beyond social media networks and traditional search engine advertising services to now include integrations with enterprise customer relationship management (CRM) tools. It has also launched what it calls a universal data API that gives businesses a single feed for all data from its sources.

Four months ago, the company raised $2 million in new funding. It was said at the time that the funds would go toward a product suite that would facilitate analysis of pay-per-click performance across channels and automate daily campaign tasks and integrations into existing tools. The beginnings of that effort are here with the next-generation platform. AdStage describes it as the “Paid Marketing Cloud,” similar to what IBM, Adobe, Oracle, and Salesforce have done with general marketing.

Above: The future of AdStage

While AdStage already lets small to medium-sized businesses advertise on Google AdWords, Facebook, LinkedIn, Twitter, Snapchat, Pinterest, DoubleClick, and Bing, the platform is now tied in with Salesforce and HubSpot. This will allow marketers to do more with their data, instead of having it remain in a silo in AdStage’s database. After all, in order to have an effective campaign, marketers need to examine the whole set of data, not just a partial list. And by integrating with CRM systems, businesses can figure out the lifetime value of new and existing customers and make better decisions.

As part of this effort to collect data, AdStage has also launched its first API, which has a direct tie-in with all of the major search engines and social networks, allowing marketers to extract data from them and bring it directly into the AdStage platform. Previously, all of the work had to be done individually and manually. 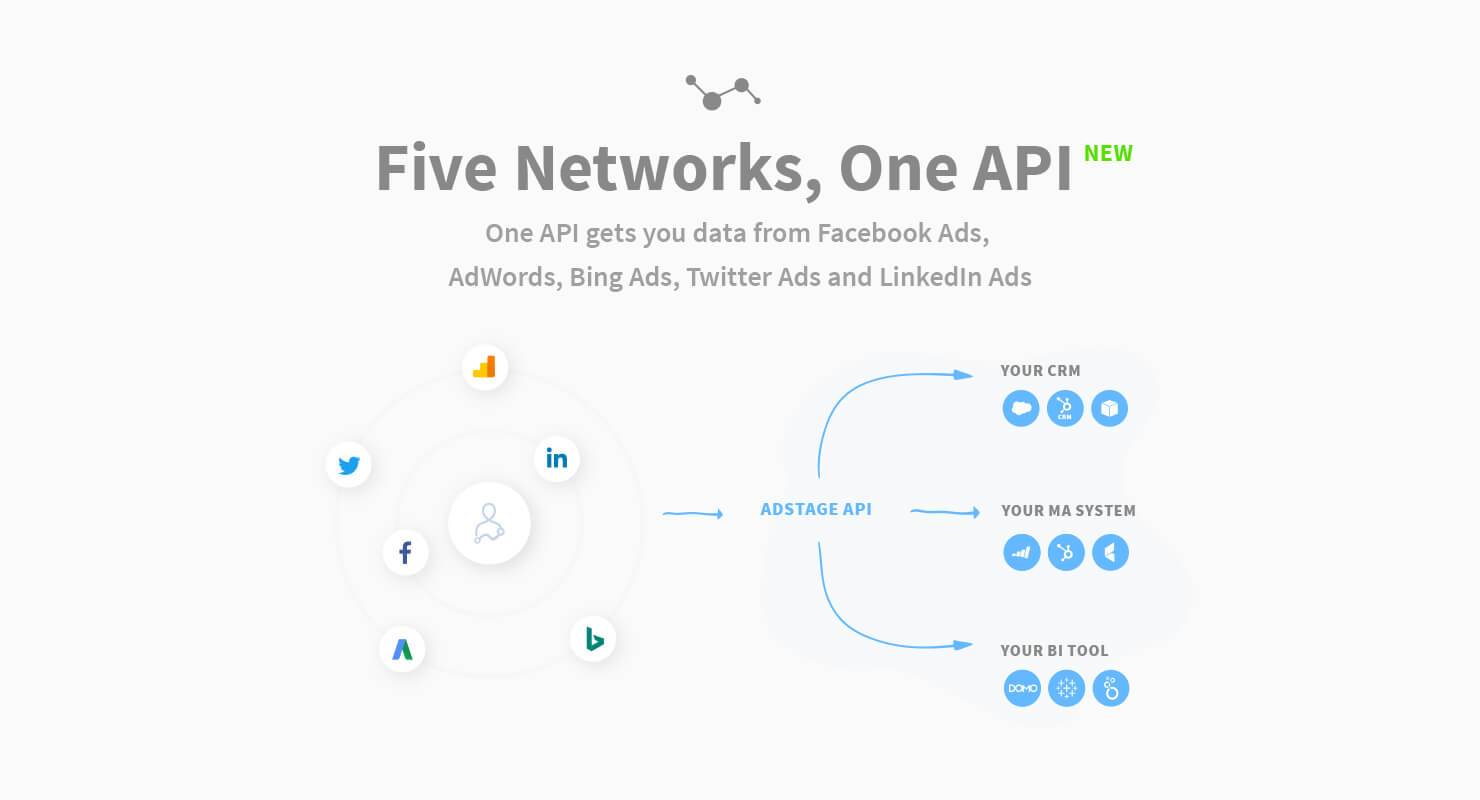 “The applications of the Universal Data API are expansive, and, while we’re ecstatic that we can empower users to ship or ingest deep cross-channel ad data into other tools, services, and systems, we’re even more excited to see how the API is used to go beyond those core applications,” said company chief executive Sahil Jain in a statement. “For example, in one weekend, an engineer at AdStage built an Amazon Alexa Skill, Slackbot, and Google Docs App that read out ad campaign performance and reports. With the rise of data accessibility, AI systems, and integrations, this flexible API can serve endless current and future marketer needs.”