It’s kind of a digital last-mile solution for agencies, who have been shut out of much of mobile marketing.

“Until now, the agencies have been left behind for multiple reasons,” AppsFlyer marketing vice president Ran Avrahamy told me via Skype. “One of the main reasons is the lack of tools to operate in this fast-growing, fragmented market.”

He’s not kidding about the fast-growing and fragmented part.

AppsFlyer aggregates more than 450 ad partners, including names like AdColony, Chartboost, Facebook, Google, and Opera, to deliver traffic for its clients. Fewer than half of marketers currently use agencies to help drive mobile app installs, mostly because the agencies haven’t had the expertise and tools to deliver results — or the capability to deliver solutions as widespread as AppsFlyer’s. 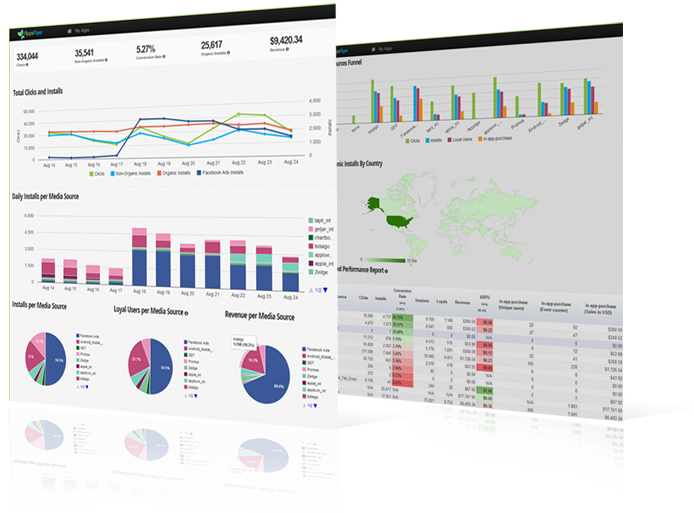 Agencies requested the tool, Avrahamy told me, as did advertisers, who wanted a way to manage their relationships with agencies.

Using AppsFlyer, agencies can launch mobile campaigns to help clients build nonorganic download numbers for their apps, while getting complete transparency on costs, installs, and return on investment. They’ll also be able to see which channels are performing the best — search, for instance, or social — and reallocate advertising dollars. And they can measure and monitor life-time value of users as well as payback periods.

VB recently released our Mobile Games Monetization Report,
based on learnings from 176 developers with 300M downloads and $600M in annual revenue

Those costs, by the way, are flat-rate fees for installs, which run as low as a penny per.

This could be a helpful product for smaller agencies, especially those that are trying to help local or medium-sized businesses that have just launched apps. But it’s also for the largest agencies in the world, like OMD, which is already using the platform.

“The ability to track attribution across paid social, network and publisher partners, plus a simple cost-structure that doesn’t force us to ration out performance metrics, made the decision to use AppsFlyer a no-brainer,” an OMD spokesperson said in a statement.

The move is indicative of the hottest area of investment in mobile apps: user acquisition. Shiny new apps are great, but with literally millions of competitors, finding an audience and building a user base is becoming the hardest part of mobile development.

Hence, of course, the 450 ad partners. And the AppsFlyer aggregation product.

“We’re seeing mobile app developers, brands and agencies devote an increasing share of their marketing budgets to mobile user acquisition and retention,” AppsFlyer chief executive Oren Kaniel said in a statement. “With AppsFlyer’s NativeTrackTM technology, agencies and advertisers have the transparency and the data they need to make smart and profitable media buys.”