A shopper with a Target app visits that chain about once more a month than an app-less shopper.

The Herndon, Virginia-based Wefi noted that all previous research about the effect of in-store apps has utilized surveys with small samples. By contrast, Wefi used data transmitted from about 40,000 cooperating users’ devices.

Wefi found that shoppers with apps are more engaged with the store: 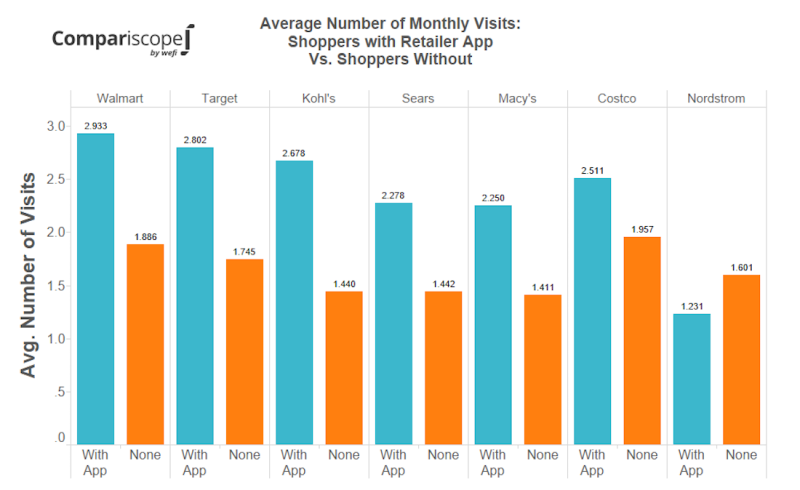 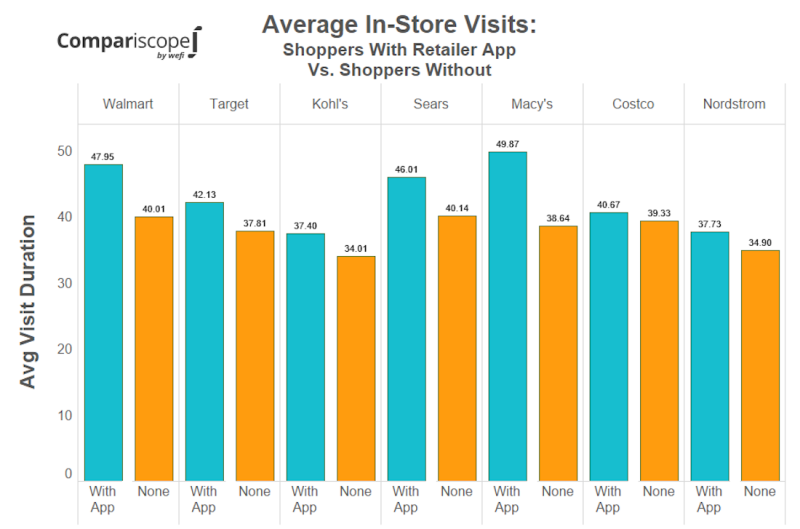 The data, Wefi VP of product management Alexander Zaidelson told me, not only shows “a correlation between app usage in a specific location and user behavior [such as in-store loyalty and visit frequency], but, for the first time, allows a retailer to benchmark app usage” against competitors.

Because there was no data collected on how the apps were used or even what functions they contained, this field study could not account for why one store had a more effective app than another.

But, Zaidelson told me, it’s likely that some retailers’ “overall mobile strategy, including feature sets, relevance, promotion, and quality of the apps, were executed better.”

There was also no data on whether beacons were present in the store. Zaidelson said Wefi intends to add beacon data at some point. The users’ apps communicated via in-store Wi-Fi or 3G/4G.

The data was collected over a five-month period beginning in January via Wefi’s free app or from partner apps on about 40,000 users’ phones. Wefi’s app is designed to help users find the best free Wi-Fi hotspot, and Zaidelson said it comes with an agreement that allows it to send anonymous, aggregated data to the company.

Wefi’s app and the partner apps can see which apps are active on the device, although they do not register device ID. The study’s conclusions were extrapolated from the large sample, since not every shopper with a retailer app had the Wefi or partner app installed — although some users did. The stores’ native apps were not created by Wefi.

Zaidelson declined to identify the names of the partner apps so as not to compromise future data collection, but said their data transmission is also permission-based. User location was determined from GPS if it had been enabled in the Wefi app or the partner apps, and/or from positioning determined via 3G/4G or WiFi receiving/transmitting locations.