Brand advertisers have taken notice of new livestreaming platforms like Periscope, and they are trying to use them to cut through the noise of digital marketing.

This year, the digital advertising spend will approach $60 billion, so brands are increasingly challenged to get their message out to the right people.

At a session at the Ad:tech conference in New York Thursday, several brands ran through case studies where live digital content is being used to reach consumers.

Twitter was in the house, too, to talk about its Periscope service, which brands are increasingly seeing as the go-to medium for their live content creations.

Periscope, by the way, now supports horizontal video, and can be viewed in the living room on Apple TV, said Twitter senior brand strategist Tom Chirico.

GE created a whole campaign around the drone videos, and promoted it to media.

Wendy’s used YouTube stars Rhett and Link (Good Mythical Morning) in a live video session where the two interacted with fans. Behind it all was a branded campaign for a Wendy’s drink. 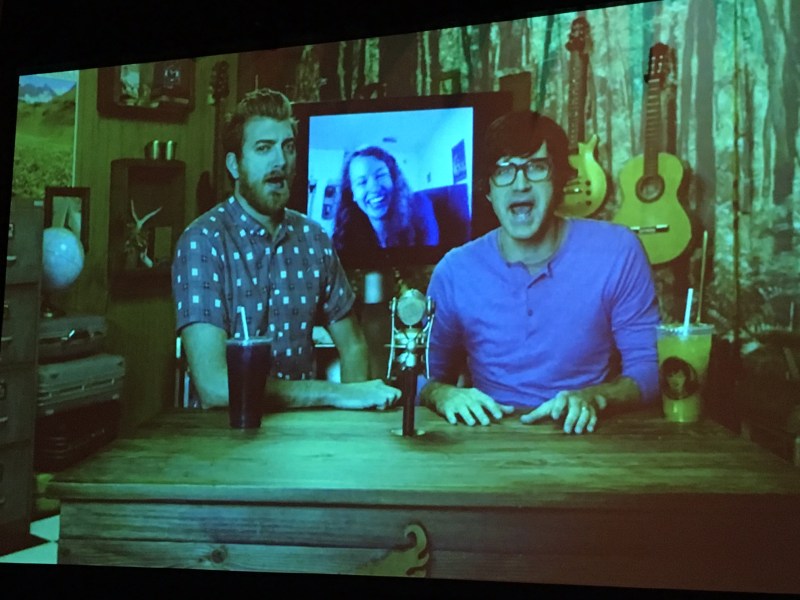 “We can’t talk about specific sales numbers, but we did see that this program did substantially move sales,” Bueno said.

“These platforms are the new studios,” said Will Keenan, Streamup‘s president and chief content officer, of the Periscopes and Snapchats of the world. “Wherever the eyeballs go, advertisers will follow.”