Elon Musk is a genius. He’s a business icon. He’s a massive force for good on our planet, and he’s one of the most impressive people of this century, having founded PayPal, SpaceX, SolarCity, and, of course, played a leading role in building Tesla, perhaps the most innovative car company on the planet.

(Having even one of those on your resume would be amazing.) 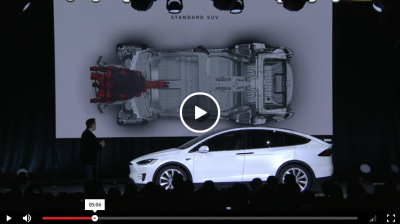 But what’s not amazing is Elon Musk’s public speaking abilities, or, apparently, his ability to orchestrate and manage a major launch event. At least, if you go by the disastrous Model X launch last night.

Prominent venture capitalist and Tesla customer Stewart Alsop posted angrily about the event, which he says was delayed by almost two hours, calling it “unacceptable” and “insensitive,” and worse, saying the presentation and slideshow was amateurish. But really, all anyone who wanted to know how it went needed to do was watch the video stream Tesla made available on its website.

(I’d embed it, but Tesla is not enabling that.)

The video stream starts mid-sentence and goes downhill from there. Way downhill. Musk looks and sounds nervous at the beginning, stumbling frequently in his presentation and throwing in frequent “ums” and “ahs.” That’s normal for Musk, of course, and is not nearly the worst part.

Tesla is a game-changing company. Its product is a game-changing car — one that Consumer Reports said was the best car they’ve ever tested. The new Model X is a major addition to the line-up and a hotly awaited SUV version of the company’s eco-friendly vehicles. It’s beautiful. It has self-opening doors! Gull-wing doors! It’s gorgeous. Sexy, even. Exciting. And painstakingly designed.

And Musk starts with safety. Minutes and minutes of safety. Maybe 10 minutes of crashing, crumpling, colliding … and risk of death, chances of serious injury. 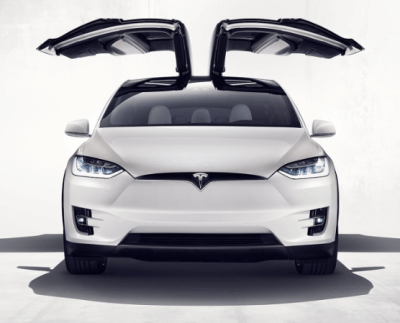 A little clue here for Tesla: When you are marketing, sell what’s awesome. Pitch what’s exciting. Focus on what is aspirational, inspirational, emotional. For example, if you’re an airline, don’t sell “we don’t crash and you won’t die.” Instead, sell getting where you need to go, having fun, exploring, enjoying, maybe saving money, and so on. If you’re a car company selling a $130,000 electric SUV, sell design, style, luxury, planet-friendliness, technology, excitement, membership in a movement, partnership in saving the planet … and, sure, some safety.

Maybe a minute of it, simply by saying: “And the Tesla Model X is the safest SUV ever built, achieving the highest safety rating of any car ever.”

Where was marketing? Where was PR? Where were the people around Musk giving him advice and prepping his presentation and slide deck? This is not rocket science. This is not a secret.

Musk got stronger as the evening went on and he actually demoed the product. And it’s really helpful to have a rock-star product that basically sells itself. But to begin this way seems to indicate a serious lack of preparation, of self-awareness, of attention to detail. I know it’s an unfair comparison for anyone, really, but given Musk’s incredible entrepreneurial achievements, I can’t help comparing him to Steve Jobs. Jobs famously was not only a top-notch presenter, but he was also famously a rigorous preparer for launches.

Jobs understood the value of beginnings, the value of events, and the value of prep time. I suspect that after this event, Musk will too — if he gets honest feedback from those around him.

But I also suspect that this has been painful, because he must know that this was not nearly the triumphant success it could have been. As Alsop posted, “Dear @ElonMusk: You should be ashamed of yourself.”

Tesla will go on. The Model X will sell well. And Elon Musk will continue to be an outrageously successful individual.

But it could have been much better.