Facebook marks another milestone in helping businesses reach new customers. The social media company announced today that it now counts more than 5 million active advertisers, a 1 million increase in the past seven months. Three quarters of these advertisers are outside the U.S., and the biggest verticals are ecommerce, entertainment and media, and retail.

To further adoption by small and medium-sized businesses, Facebook is launching new tools and resources, including providing one-click options to reinstate high-performing ads within Ads Manager, opening a single inbox to the desktop, creating a “studio” to help businesses build ads using a mobile device, and expanding its small business council. 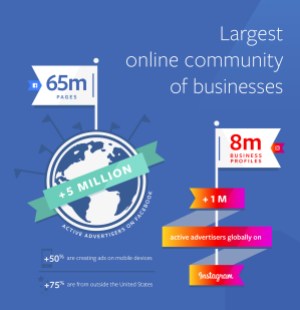 While Facebook is celebrating its 5 million advertiser milestone, that still only accounts for around 8 percent of the 65 million businesses that have a presence on the social network. Katherine Shappley, the company’s director overseeing SMBs in North America, acknowledged that there’s a delta between these figures, but said that there’s a “big opportunity for Facebook to put out the right solutions to help advertisers find that their investment works on the platform and they’re growing their business.” She believes that when small businesses are able to succeed, communities will thrive — which is a core focus of Facebook.

Shappley cited the founder letter recently penned by company chief executive Mark Zuckerberg, highlighting Facebook’s commitment to supporting infrastructure to build global communities and further positive impact around the world. “Small businesses are a vital part of those communities,” she said. “With 65 million business Pages on Facebook and 8 million profiles on Instagram, we have the privilege of connecting the largest online small business community globally.”

However, she didn’t deny that more needed to be done to help businesses on the platform. “Privileges comes with responsibility. If you think about it, technology has created amazing opportunities for people and small businesses, but it can also be challenging for small businesses when you think about limited time and resources when trying to reach new customers when every consumer is reaching for their phone,” Shappley said. “We really want to empower those small businesses to embrace the mobile world.” 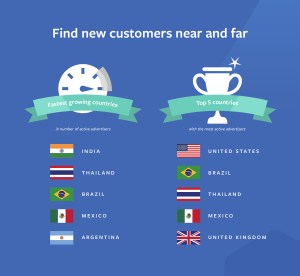 Nearly 50 percent of Facebook’s 5 million advertisers are creating ads on mobile devices. And in order for the company to increase adoption, and in the process shore up additional revenue opportunities, it has to provide marketers with the tools and resources needed to switch over.

For those already creating ads on mobile, the company has updated its Ads Manager app to speed up the process. “We heard from small businesses that they want robust ad management capabilities on mobile,” Shappley said. Among the newest features is the addition of a one-click option allowing marketers to reinstate high-performing ads. Facebook has also expanded the interest types that can be targeted and given businesses the ability to compare ads. The company is also now going to suggest actions that can be taken to improve ad performance.

In November, Facebook launched a new inbox experience for businesses that consolidated messages across the social network, Instagram, and Messenger. The feature was initially constrained to mobile devices, but now Single Inbox is being expanded to the desktop so marketers can manage their relationship with customers on a laptop, tablet, or smartphone.

Facebook has also launched a way for businesses to target globally, instead of just thinking locally. Now there are cross-border tools that can be used to connect a business with people in other countries. The first is “international lookalikes,” which matches marketers with people in new countries who resemble the company’s best customers. The second is worldwide region targeting that pairs campaigns with the most efficient conversions. Lastly, businesses can create customized campaigns in each country through country snapshots and an insights playbook.

“As a small business, you’re worried about starting from scratch, and it’s time-intensive, especially for the one that has 1 to 2 hours dedicated to marketing,” Shappley explained. “Facebook will show you the optimal people to target in those countries.” 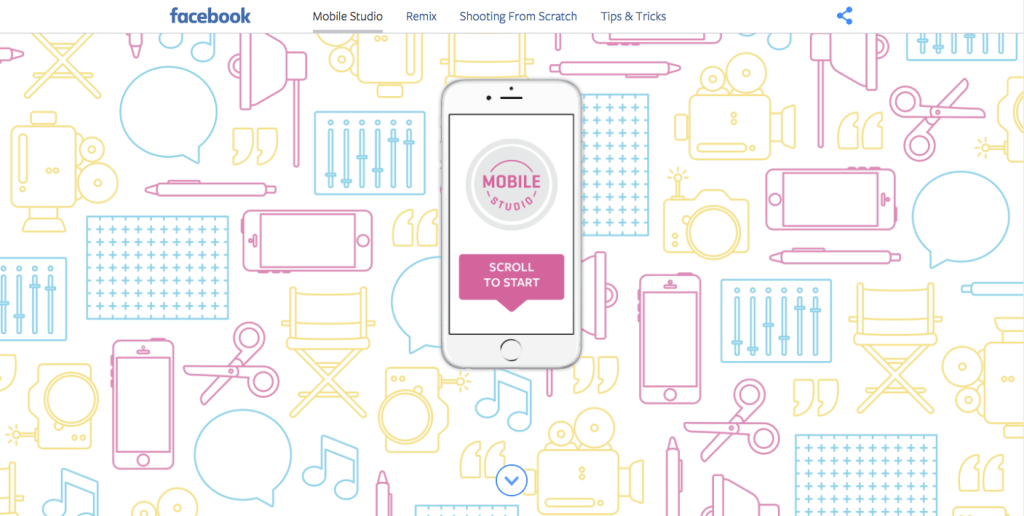 Some small businesses may be more interested in education, which is why the social media company is launching Mobile Studio, a place for marketers to discover ways to create ads using a mobile device. The site has tips on remixing, shooting from scratch, and more. Shappley described this service as a “celebration of how to make great creative on mobile. Not only is it showcasing what we have natively, [it is sharing] how to use the apps that are free or relatively inexpensive to create something very compelling.” She believes Mobile Studio will be inspirational for small businesses.

To help connect small businesses with one another while also keeping each other apprised of issues they go through, Facebook set up several small business councils. Currently, there are four around the world — in the United States, India, Brazil, and Germany — but to expand the reach of these groups, Facebook is launching websites to tell their stories. Today, the company launched the first one for the U.S. This will highlight 40 small businesses and look at how they used Facebook to reach their communities and customers.

There are plans to expand the small business councils to other countries later this year.

Finally, Facebook has released numbers around its Blueprint online courses, which provide education around advertising on the social network and related properties. More than 2.5 million courses have been taken from more than 1 million people across 150 countries, half of them small businesses. Shappley stated that new courses are going to be added soon, including courses around how to monetize video, make copyright correction on the platform, and more.

“We couldn’t be more excited about small businesses. The company is rallying around to make sure we have the solutions for this segment. We’re highly motivated about the stories coming from small businesses,” Shappley said. “The biggest part of the announcement is that we’re continuing to create solutions for [them]. This will certainly not be the last announcement in that ongoing commitment.”