YouTube is the clear leader in video sharing and viewing, but Facebook is creeping up on the Google-owned giant.

According to a recent survey and market research by Ampere Analysis, Facebook is on track to deliver two thirds as many video views in 2015 as YouTube does — two trillion versus YouTube’s three trillion. Both services have a comparable number of monthly users overall. 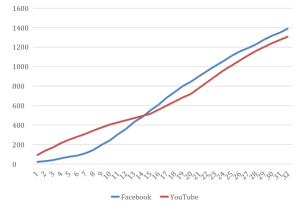 Content owners are taking Facebook more seriously, with revenue-sharing partnerships between the social network and NFL and Fox Sports.

And viewers are taking it more seriously, too: Ampere surveyed 10,000 consumers in Europe and North America and found that 15 percent have watched videos on Facebook in the past month. Worse news for YouTube: Among people who watch video on Facebook, one-sixth of them (16.67 percent) have not watched anything YouTube in the past month.

In short, Facebook still has a long way to go before it catches up to YouTube on volume. But it has a growing audience and a small but significant ability to take audience away from YouTube.

What’s more, it has some significant built-in advantages. Facebook’s video viewers are all logged in, registered users, which means the company potentially has far more data on them — data that advertisers can use to target specific demographics. And Facebook has a massive ability to reach people on mobile, and to turn those mobile users into revenue, as it has amply demonstrated over the past two years.

In YouTube’s favor, Facebook still doesn’t offer pre-roll ads (commercials that run before the video) — its ads appear after the content. Advertisers don’t like that as much. And Facebook charges advertisers for a video view if just three seconds of the ad are shown, which is less than YouTube requires. On the other hand, despite those disadvantages, Ampere found that advertising rates were comparable between the two platforms, which suggests advertisers really value Facebook’s audience.

“The scale of the two players is such that there is likely to be no speedy victory for one side or the other — years of competition are on the horizon,” said Richard Broughton, research director for Ampere, in an emailed statement.

“From a consumer perspective, exposure to increased volumes of advertising is almost a certainty, but improved returns for their favorite channels will mean more content to watch.”

So I guess we can all look forward to more commercials in both places. But, to compensate, we’ll have more cat videos and makeup tips from precocious teenagers to amuse us. 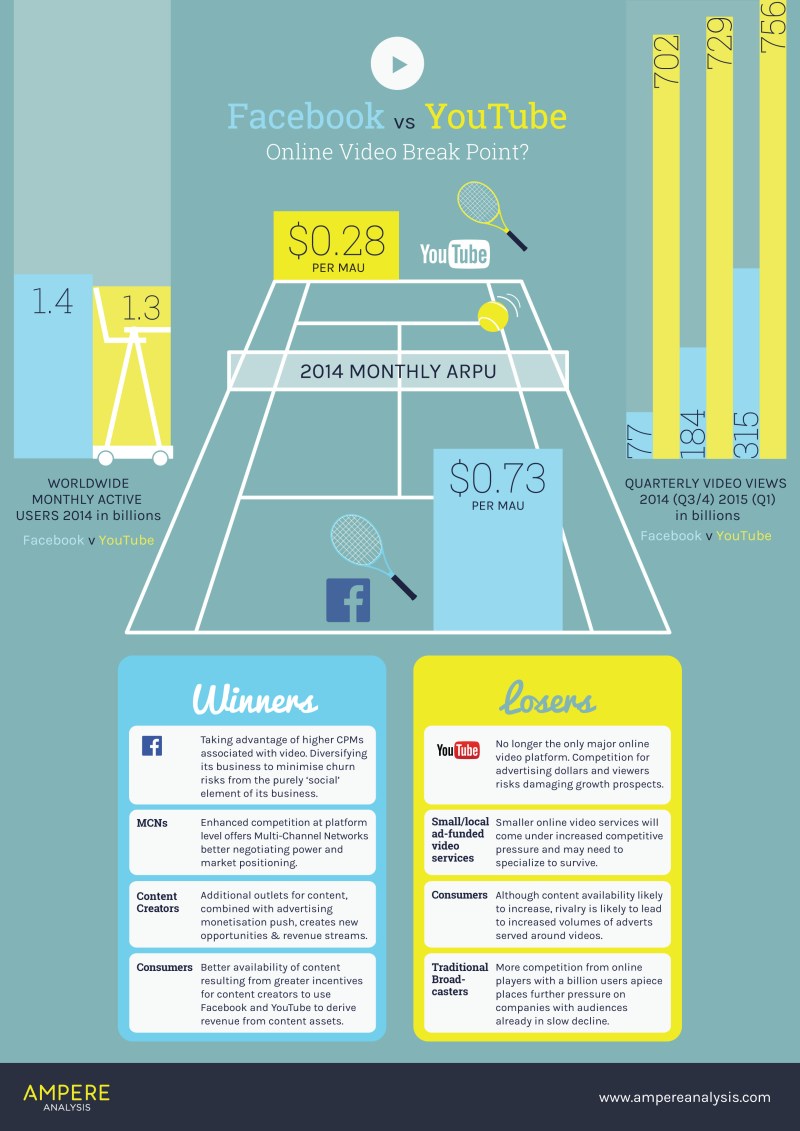