The BRIC countries — Brazil, Russia, India, and China — have more than a billion people using smartphones. And judging by the data collected by Berlin digital marketing tech firm Glispa, they all seem to be in love with their mobile devices.

Glispa said that it gets more than 84 billion of its (mostly mobile) 400 billion monthly ad impressions from BRIC countries. The number of BRIC ad impressions is up 90 percent from a year ago, and it illustrates the rapid growth of smartphones in the fast-growing region, whose component countries still have a population of 2 billion people who don’t own smartphones. The company plans and launches marketing campaigns on mobile devices and the web, enabling app publishers to reach a more diverse set of users across the world through performance-based ads (those where the publisher gets paid if the user takes an action like installing an app). 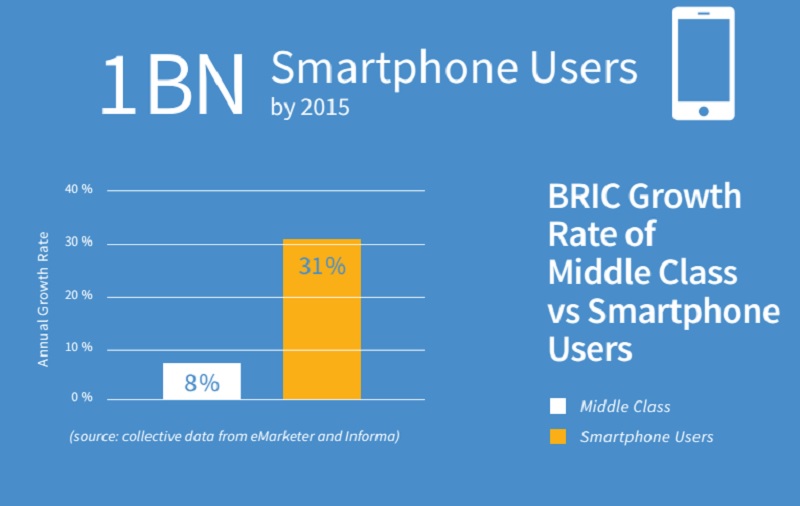 Above: The growth rate of smartphone users in BRIC countries is 31%.

Chances are you haven’t heard of Glispa, but it’s one of many companies focused on using new technology to exploit the world’s emerging markets. In 2014, all four BRIC countries appeared among the top 10 smartphone markets for the first time, according to market research firm Canalys. Glispa chief executive Gary Lin said in an interview with VentureBeat that this shift reflects the momentum toward the new growth markets that has been occurring over the past few years.

Not only is this growth being exploited by U.S.-based companies and advertisers, it’s also being targeted by companies in one BRIC country that are advertising in another BRIC country, Lin said. In fact, one of the biggest photo-sharing apps in Brazil is made by a Chinese developer who advertises via Glispa, he said.

“We help people discover products that enrich and empower their lives,” Lin said. “We’ve created a sizable and balanced business globally. In the BRIC countries, we see very efficient results for advertisers. With huge smartphone adoption, that justifies our focus on these markets.” 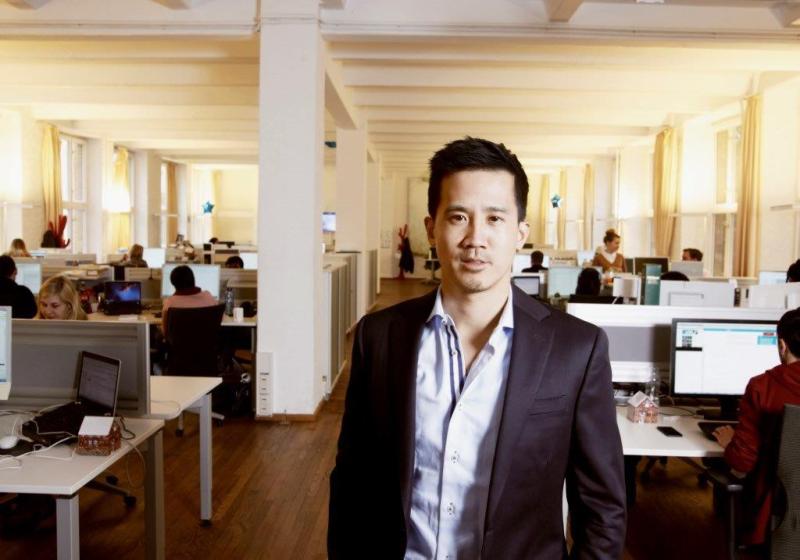 Glispa specializes in delivering user acquisition services, taking ads from advertisers and running them in publishers’ apps that have a huge reach. But it also focuses on getting quality users, said Nicole DeMeo, chief marketing officer at Glispa. Lin said the company’s conversion rates — converting a non-paying user to a paying user — have increased 226 percent in the past year in the BRIC countries. It handles user acquisition via cost-per-install campaigns, which come with a performance requirement where the publisher gets paid if the user installs an advertised app.

Glispa also reaches users via direct media or agency buying on Facebook, Google, or search engines in Russia and emerging markets. Most recently, it has created native ad monetization solutions for mobile publishers, where the ads are built into the app itself.

The expertise in BRIC countries is paying off, as Glispa can offer guarantees about how successful certain kinds of marketing campaigns will be, Lin said.

“We deliver volume and geography, and we have an optimization engine that makes sure you get quality users,” he added. “We can guarantee performance and quality of installs.”

Lin founded Glispa in Berlin in 2008, and it has expanded to offices in San Francisco, Bangalore, Beijing, and Sao Paolo. Now, it is adding six million new customers monthly, and it has 210 million monthly active users now. Roughly 90 percent of the business is mobile, while the rest is PC. About 30 percent of the impressions are for gaming publishers, but the rest are from categories such as mobile commerce, music services, productivity, and entertainment.

“China is biggest, with the deep pockets and large numbers of players, but India is growing the fastest,” Lin said. “There’s more and more mobile commerce coming on in the form of travel and e-commerce companies.”

Glispa has about 100 employees, including seven in Beijing. 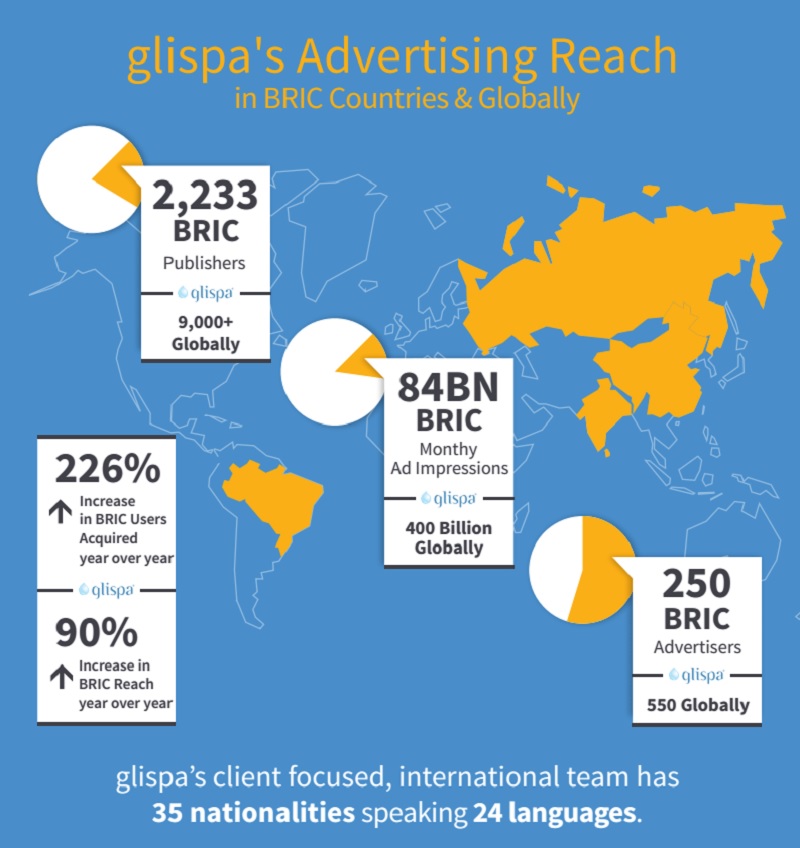 Above: Glispa’s reach in BRIC countries.