In my State of Marketing Technology Winter 2015 report, two types of solution stood out from the pack: customer relationship management (CRM) and marketing automation. But not necessarily for the right reasons.

These two stalwarts of B2B tools first catch your attention in the report because the research shows they have the highest total cost of ownership. But to label them “expensive” would only be telling half the story.

You see, CRM and marketing automation platforms (MAPs) also have some of the highest returns of investment of any marketing technologies, so the expense is largely justified.

With that in mind, it was with interest that I spent some time recently looking at Greenrope, a solution that combines CRM and marketing automation into one platform.

Founded in 2008 and headquartered in Solana Beach, California, Greenrope is starting to make waves. It announced the acquisition of CoolerWeb and CoolerEmail this month, largely in an effort to grow its customer base.

However, the most surprising element — and the one that flies in the face of its competitors — is not the product itself. But more on that later.

Greenrope is moving fast. In the past six months alone it has added everything from VoiceBase — which allows it to automatically transcribe Twilio-recorded phone calls — to Salesforce integration. It also raised an eyebrow in January when it announced that A/B split testing had been added to its armory, which makes it one of the few CRM/MAP combinations to offer that conversion optimization functionality. 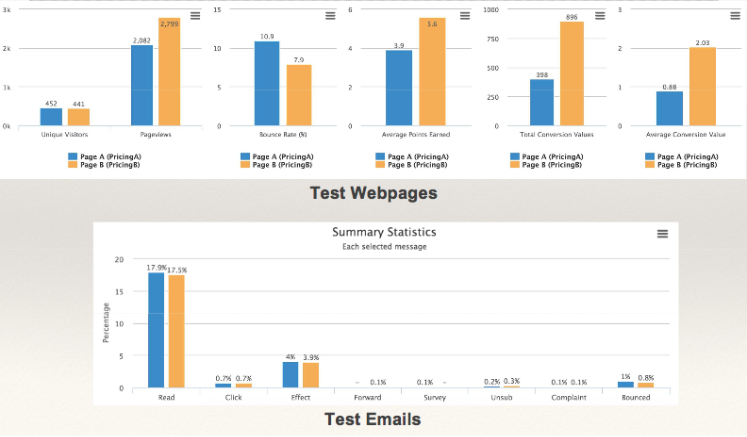 “A/B split testing is a critical part of understanding what works with your messaging,” Lars Helgeson, CEO at Greenrope, told me. “Since it feeds directly into our lead scoring and predictive analytics engines, it makes sense to be able to test and validate different models based on which pages work best.”

So for Greenrope, this staple of conversion rate optimization isn’t just about checking which landing page wins.

“With targeted messaging based on this split testing, we can go farther than measuring just which page the user went on,” Helgeson said. “We can trigger totally different campaigns through the split test.”

Greenrope’s development activity is to be admired, but you could argue that it is a little scattershot. Helgeson explains that this is due to Greenrope’s customers. “We interact with our clients all the time, and we are constantly asking them for features and functions they wish to see on the platform,” he said.

In another recent development, Greenrope added “cold automation,” the ability to trigger workflows based on account inactivity.

“Even though it is typically an enterprise-level capability, solopreneurs can use this, particularly when you’re looking at service-based industries,” Helgeson said. “Real estate agents, chiropractors, even restaurants can benefit from marketing automation triggered by lack of action, to make sure no one ever gets too far out of touch.”

And with the recent addition of responsive email templates, Greenrope is embracing mobile devices too.

But there is something that its customers didn’t ask for that makes Greenrope look different than most CRM and marketing automation products. A benefit that makes it stand out from the total cost of ownership results of the State of Marketing Technology report.

Most solutions in this category base prices on a “per user per month” model. As a result, the ever-attractive $99 price tag that adorns so many pricing pages quickly becomes $17,820 per year when you have fifteen staff that need access.

In comparison, Greenrope offer a single per-month option that offers unlimited users and emails. Each price level, instead, has a limit on the number of contacts. For 5,000 contacts, its solution would cost $2,388, even if you have 30 staff that need access.

Of course, the more users you allow access to a solution, the more contacts they will invariably add, so it would be quite easy to get to the top band of $499 per month, but even that keeps the total under $6,000 per year. Greenrope’s pricing model tops out at 50,000 contacts, at which point the company asks you to contact them for pricing.

It is a bold move, and one that flies in the face of the rest of the CRM/MAP market. Only time will tell if it pays off for Helgeson and his team. In the meantime, I’ll be watching with interest to see what feature its customers demand next.