Many companies that specialize in tapping user enthusiasm are focusing on mobile.

Do smartphones bring something special to enthusiast communities or to their sponsored equivalent, influencer marketing?

That was the subject of a panel I moderated Wednesday at The Enthusiast Channel Summit, a two-day conference on the subject presented this week at San Francisco’s stately Bently Reserve by publisher monetization platform VigLink. (Disclosure: The company covered my travel expenses from the East Coast, where I’m based.) 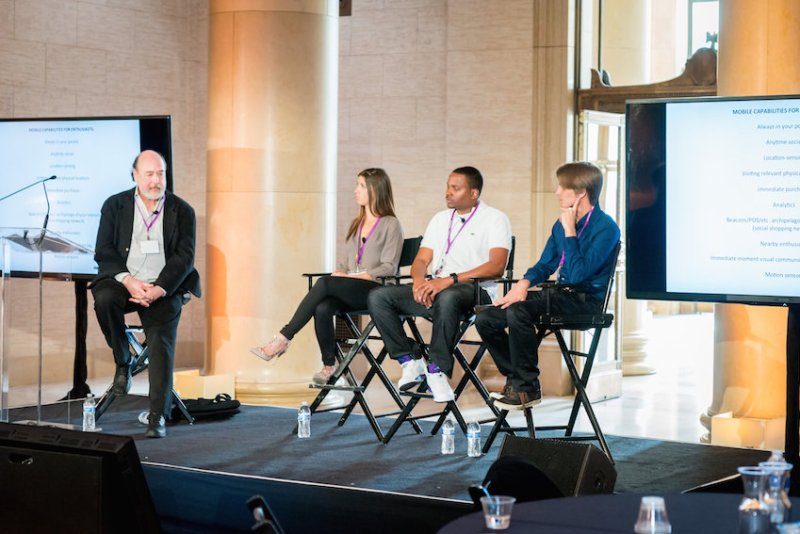 The three panelists represented companies that would be out of business if smartphones vanished tomorrow.

Two of the companies — We Heart It and Urban Sensory — are oriented around enthusiasts, who are mostly amateurs really into a product, subject, or specific shareables, likes photos. The third, NeoReach, is a marketing agency and platform that pays influencers with lots of followers to proselytize a brand’s product or service.

Bridget Silvi, director of business development for the image-collecting social network We Heart It, noted that her company started in 2008 with the vast majority of its users on desktop or laptop computers. Now, 80 percent use its smartphone app. She pointed out that, if you want to get female users under 24 — which represents four-fifths of the company’s userbase — you have to be mobile.

The main product from Lawrence Jones’ Urban Sensory, called Unlaced, exists only as an app. It’s designed for hardcore fans of sneaker news, product info, and the like. Jones counts himself in that enthusiast community, telling me he has over 60 pairs of sneakers.

Jesse Leimgruber interrupted his undergraduate career at Stanford to start NeoReach, an agency and platform for influencer marketing. His company is focused on mobile as it strikes deals with brands to have their products pitched or otherwise showcased by YouTube celebrities and others, whose zillions of followers qualify them as walking networks.

He pointed out one key differential for mobile — the return on investment. He claims returns of 500 percent or more for brands, because of what he said was mobile’s “underutilization” for directed marketing and, subsequently, its undervaluation.

I also presented several other companies in this space that are mobile-focused:

The Santa Monica, California-based Victorious creates apps that are, essentially, fan clubs in your pocket. Their initial batch is oriented around YouTube phenomena like Ryan Higa and the progressive online news show The Young Turks. The apps offer the opportunity for fans to upload their own content, participate in polls, and engage in other interactions with their star of choice, in addition to watching video clips.

New York City-based Tube Centrex offers apps that act as single-purpose video channels for aficionados of those subjects, such as one app dedicated to Conferences and another to Products.

Blupe is a San Francisco subsidiary of the Chinese social app Momo that allows users to find others nearby with similar interests, like running.

Gameit in Salt Lake City is building brand enthusiasts by offering trivia games where users can win free products or discounts toward immediate purchase by watching a brief product video and answering questions about it and the brand. 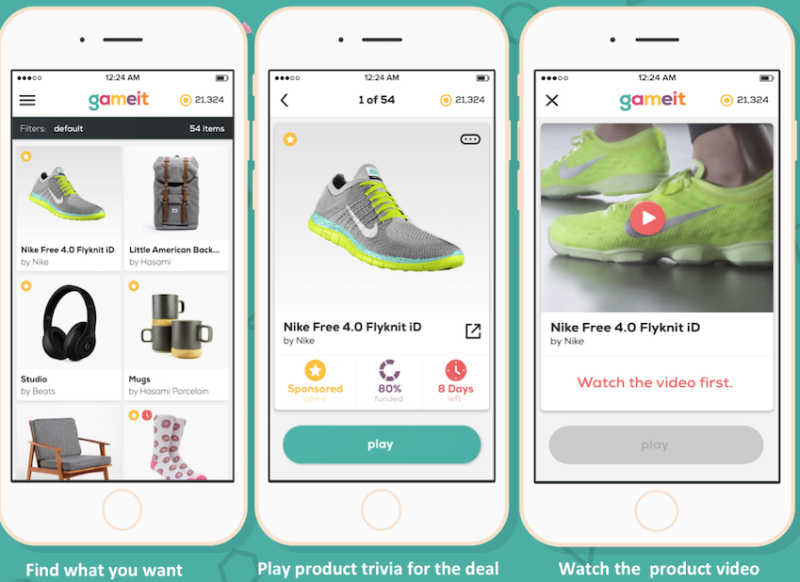 I also presented three other companies that are not generally considered in this category, but they point to some interesting possibilities.

Chicago-based PopUp Republic is a marketing agency specializing in pop-up stores and events.

Followers of such happenings are enthusiastic about the ephemeral form, if not the actual event or product. The company has an iOS app that shows pop-up events happening soon, although only briefly, in your area. Pop-up ventures, like flash mobs, are an increasingly popular form of temporary enthusiast communities.

Unacast, headquartered in Oslo, Norway, is building a platform linking all those retailer sensors — beacons, geofences, point-of-sale terminals — so it can tell if you’ve visited, say, four rare book shops this afternoon. The company says its tracking is all opt-in, primarily because you need to have an app supported by the retailers in order to be tracked by beacons.

Think of it as a real-world equivalent of your tracked website visits. But, in this case, enthusiast communities or marketers could direct communications or set up shopping environments for people whose visits to brick-and-mortar retailers show they are interested in rare books.

And Adtile in San Diego is enlisting smartphone sensors so your smartphone can serve as a portal to 3D space, drawing a heart in the air or seeing augmented reality. Although primarily for mobile ad development now, such sensorization could be used by communities wanting to, say, share a layer of Star Trek-related objects overlaid on the mundane real world.

Mobile, it turns out, is practically invented for people who are really into something.

It’s always in your pocket for those nuggets of empty time when you’re standing in line and have the urge to check on your passion. As NeoReach’s Leimgruber emphasized, it’s more engaging than a desktop because you focus on the small screen.

Your transit in the real world becomes part of its intelligence — including like-minded nearby aficionados and relevant points of interest — and it is on the verge of becoming a remote control for an unseen world of 3-D augmented reality.

Desktops, laptops, and increasingly useful game consoles and connected TVs certainly have their place in the toolset for enthusiasts and influencers. But, when you’re really into something or someone, mobile lets you have time and space on your side.