iPhone 7 and iOS10 are coming soon. While that’s exciting for gadget geeks, it’s concerning for mobile marketers, because coming with them is IDFA zeroing, which will break mobile attribution, and which some think will serve to just increase Facebook’s already massive mobile advertising power.

Ultimately, however, the change could end up reducing privacy for everyone. 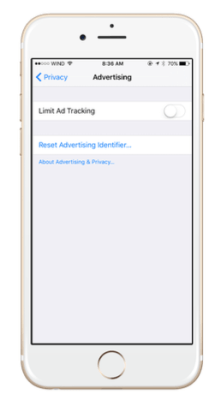 Think of IDFA (Identifier For Advertisers) as a mobile version of a web cookie. It’s a way for advertisers to measure the impact of their mobile ads. Every iOS device has one, and Android devices have Google’s equivalent, AAID. Both of the biggest companies in mobile platforms have long offered ways for consumers to limit the amount of data that advertisers can collect, starting with Apple’s “Limit Ad Tracking” setting, which debuted four years ago in iOS6.

Turned off — as it is by default — the setting allows advertisers to collect anonymized data about you, your interests, and what you might like. That data, bundled with a group of at least 5,000 other people to preserve your personal privacy, results in ads that are more relevant to advertisers’ perceptions of what you want. Turned on, however, the setting tells advertisers that they can only use your IDFA for two things: frequency capping (translation: not showing you the same ad over and over and over again) and conversion measurement (translation: knowing when you’ve tapped on an ad and taken an action like buying something, installing an app, or signing up for a service).

Starting with iOS 10, Apple will actually zero out IDFAs for mobile users who turn Limit Ad Tracking on. Advertisers attempting to query the IDFA will receive a string of zeros instead of a unique identifier, and that will affect their ability to not only limit how many ads you see, but also impact their ability to find out which ads worked.

Probably because complying with Limit Ad Tracking has been essentially voluntary and at the discretion of individual ad networks, which has resulted in incomplete adherence to the rules and possible privacy infringements. Jules Polonetsky, CEO of the Future of Privacy Forum, recently stated that there are known issues. “I’ve talked to ad networks who say, ‘I didn’t sign any contract with Apple’ or who say, ‘I don’t know what it means,'” he told Ad Age in May. Stories like this would not tend to increase confidence in the ad industry’s desire to protect consumers’ privacy.

Given Apple’s recent moves to protect people’s privacy from both governments and advertisers, this makes sense. Mobile marketers are concerned about the implications, however, because the ads on some networks are only matchable to the results of those ads via IDFA. The effect: successful ads that don’t get attributed to a network that supplied them, and unsuccessful ads that can’t be distinguished from the ones that work.

However, the sky is not falling.

Apple’s Limit Ad Tracking change will actually only affect a small number of people. Globally, only about 11.5 percent of iOS users turn Limit Ad Tracking on, partially because ad blocking has become more popular — however ineffective it has been on mobile. This is something, by the way, that the FTC has noticed as well; its chair, Edith Ramirez, spoke about this just a week ago. 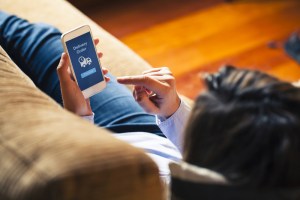 So for now, it’s just a small percentage of users. And while more may enable Limit Ad Tracking, the fact is that most ad networks will now turn more heavily to fingerprinting: technology that studies the publicly available identifiers that all of our electronic devices throw off in interaction with digital resources. These include settings like language, internet service provider, device model, operating system version number, Wi-Fi identifiers, installed keyboards, carrier name, and many, many more. While it’s not perfect, device fingerprinting can achieve high-90 percent levels of matching mobile devices.

Of course, this won’t help match past IDFA-based profiles, but it will work on a go-forward basis.

Another option mobile publishers will have, of course, is turn to the big digital identity arbitrators: Facebook, and to some extent Google. Facebook knows who almost all of us are, and tracks us not only in Facebook, Instagram, Messenger, and WhatsApp apps, but also in tens of thousands of other Facebook-connected apps, including 66 percent of the top 200 apps in the App Store, and also in hundreds of thousands of like-button-using websites.

It’s a closed garden, and it’s actually not even close to being the only player in the game, but that could be a tempting option for some. And it could lead to even less privacy in the long term.

What mobile marketers need to do to prepare for IDFA zeroing is to work with their existing and new advertising partners even more closely.

They need to understand, in detail, how their partners’ attribution technologies will compensate for IDFA zeroing. Even more importantly, they will also need to understand how their partners will do it in a way that respects people’s privacy and complies with all local data-gathering and data-use laws. Apple decided to adopt IDFA zeroing for a reason, and any undisciplined ad partners that don’t respect privacy or law will result in very nasty long-term consequences for both themselves and the marketers who rely on them.