As of this moment, more than 17.6 million English speakers on Facebook have clicked on an app called: “What are your most used words on Facebook?” Though most people have been referring to it simply as “wordcloud.”

These wordclouds began clogging my Facebook feed last week, when the English-language version of the app was released. But even as most people joyfully clicked right through all the screens asking for access to their Facebook data without a second thought, some folks paused and wondered about the privacy risks.

The Comparitech blog called the app a “privacy nightmare” after analyzing all the data it required. Engadget wondered about Vonvon.me, the “mysterious company” behind it.

Well, if Vonvon is mysterious, or hiding, it’s doing so in plain sight. Curious about these issues myself, I sent an email to an address on the site, and almost immediately received a response from chief executive and founder Jonghwa Kim.

Kim was more than happy to jump on the phone and chat about the company he founded earlier this year. 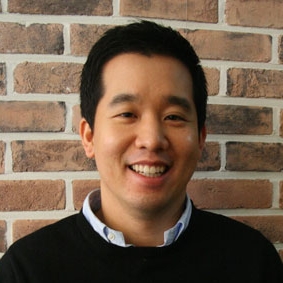 This is Kim’s third startup. His first, Wingbus, a travel blogging site, was acquired in 2009 for an undisclosed sum. In 2010, he cofounded Dailypick, a social ecommerce site that was sold later that year for about $9 million.

Now he’s back, with Vonvon, which focuses on creating viral content for Facebook and other social media platforms. The company raised $3 million in venture capital earlier this year in a round led by Altos Ventures of Menlo Park.

The Comparitech story notes that, to use the app, users must share personal info such as age and birthday, along with their friend list, entire timeline, photos, hometown, and likes. But Kim said there is little the company can do with this information.

“There are some false rumors that we are trying to capture people’s information so we can sell it to third parties,” he said. “We don’t really get any meaningful information when people use our apps. And when they share it on their walls, it really doesn’t have much information about them.”

Instead, Kim said, the apps offer harmless fun for most users with little risk.

“People look at it as something fun,” he said. “Most people just try to have a good time with it.”

To a certain degree, he’s right. The app’s viral success is just the latest sign that, while people often fret about privacy, their actions seem to demonstrate little regard or care toward maintaining it.

Certainly, lots of people in my feed seem to be amused by the results, and share them happily. Sometimes, they even mock themselves for turning over their personal info despite not knowing the first thing about the company.

The overall mission of Vonvon, according to Kim, is to “create fun, interactive content that people can share on Facebook.” They started originally with quizzes, though the company wanted to evolve beyond that, to make the amount of time users had to spend inputting information even shorter.

The English-language version of the wordcloud app was released just last week, and already has more than 20 million users around the world. Kim expects that number to soon top 50 million, making it one of the company’s bigger hits, but not its biggest.

That title goes to an app called “Who is your soul mate?” That app tapped into the Facebook API to calculate your interactions with others on the platform. It was used by more than 100 million people, with the highest number of users coming from Brazil.

Vonvon typically starts its quizzes or other content in Asian and Latin American countries before making English-language versions. The company has more than 40 editors who create and translate the various quizzes.

So if the company isn’t making money off your data, as it claims, how does it generate revenue?

When you log into the app, it shows a display ad. And in South Korea, the company has started developing branded quizzes with corporate partners. And Kim said the company is still exploring other possibilities.

But so far, he’s been happy with some of the explosive results and the handful of hits the company has launched in its first few months. “We’ve been very lucky this year,” he said.