A social marketing firm that targets the ephemeral world of pop-up stores has opened the first online shopping mall that extends the shelf life of pop-up products.

Pop-up stores, as defined for VentureBeat by PopUp Republic CEO and founder Jeremy Baras, are restaurants and product shops that “have a definite end-date.” Sometimes the stores are open for 24 hours in a unique location, sometimes for weeks.

(Check out PopUp Republic’s listing of upcoming pop-ups by location and category.)

He first became interested in them when, on a visit to London in 2011, he encountered a pop-up restaurant serving a multi-course gourmet dinner to patrons on the ferris wheel at The London Eye. Every time a bucket of riders came to ground, they were served another course, to be enjoyed as they circled around.

PopUp Republic’s new online mall, called PopUps Across America, is designed to extend the availability of goods sold in a pop-up store. Some pop-ups are one-time events, while others sprout up every so often, so the mall offers a continuity. Products include clothing, jewelry, art work, and barely categorizable items like an antique apothecary set. 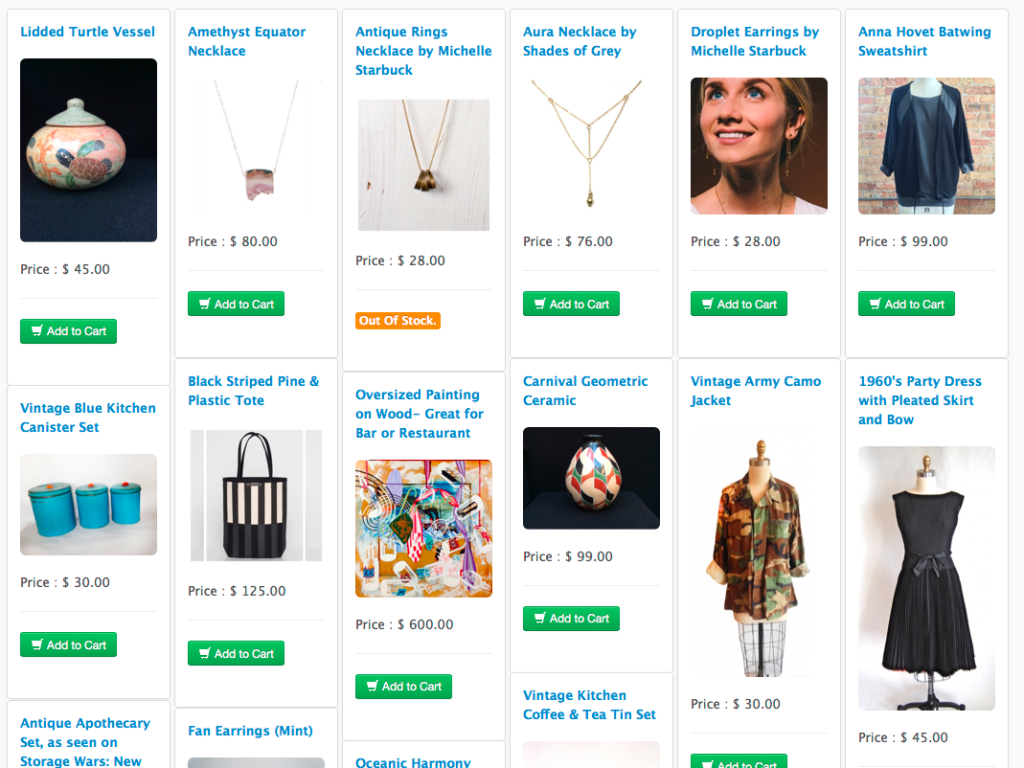 Above: Some of the pop-up products in PopUps Across America

By their very nature, it’s difficult to plan on catching a pop-up during its brief lifespan. Baras said that PopUp Republic is the only agency focused exclusively on their marketing needs, which as might be expected, require the quick targeting of the right market, building a sense of urgency and buzz through social media channels, and generating immediate word of mouth.

Above: A popup clothing store in Chicago

But it’s also for the unusual experiences. Baras recounts seeing such pop-up restaurants as one where a crane held aloft a table, chairs, and restaurant-goers in a temporary dinner in the sky. (See featured image above.)

Pop-ups are more popular in Europe, he said, but they are catching hold here. Brands are increasingly discovering their ability to generate an explosion of buzz, such as Adidas’ pop-up temporary store built around a giant blue shoe box. Target has tried out pop-ups in their stores and elsewhere. Chefs undertake them, he said, to test out a new cuisine or atmosphere that they don’t want to explore in their regular restaurants. 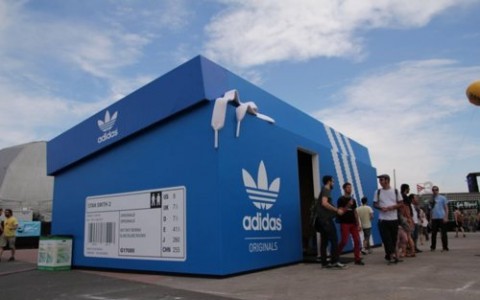 Some cities are experimenting with them, like Oakland, Calif.’s Popuphoods, where artists and designers set up short-lived cafes, galleries, and shops in blighted neighborhoods, attracting street traffic and shoppers. Similar pop-ups are being tried in Pittsburgh and Detroit.