Opera Mediaworks just doesn’t get any respect. As app makers look for monetization options, names like Chartboost and Google and Flurry and Millennial Media are top-of-mind, but Opera seems to fly beneath the average Silicon Valley radar.

That’s probably due to change soon.

“We’re the largest mobile ad platform that’s deployed by publishers,” CEO Mahi de Silva told me last week. “We do more than 500 million monthly uniques for display advertising on mobile — we believe that’s bigger than any independent network, and very competitive with Google.” 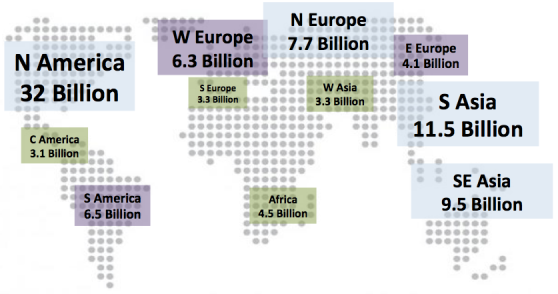 Above: Opera Mediaworks has over 105 billion slots for mobile ads globally each month, the company says.

Since Google and Facebook together account for about 70 percent of all mobile ad revenues worldwide, that’s clearly an optimistic statement. But de Silva will tell you he is talking about premium publishers — name-brand publishers whose media properties you would recognize, and that 19 out of the top 25 in the world use his services today.

Though large, Opera Mediaworks is in a sense a young startup, having been spun out from the Norwegian browser company with the same base name in February of 2013. Now, over a year later, it’s just starting to flex its muscles.

Mobile developer or publisher?
Answer our mobile game monetization survey, and we’ll share the data with you.

The company is holding a coming-out party of sorts today, announcing a new marketing and branding focus designed to present the company as a single, unified whole that can handle all of a brand’s needs in mobile advertising. Over the past years Opera has bought six ad companies, and the new unification is probably a recognition of the fact that the lack of integration in terms of brand and marketing has cost the company mindshare.

That branding and marketing strategy is definitely changing, but those acquisitions are not going to stop — quite the opposite.

“We have a lot of money to spend, if you think of it as a function of our market cap,” de Silva told me. “When I came in Opera Mediaworks’ capitalization was about half a billion … now it’s about $2 billion.”

That’s good news for at least some of the mobile ad firms that have been popping up like funnel cakes at a county fair — there are easily 30 in our mobile games monetization survey alone. Not all will survive, and de Silva wants ad startup CEOs to consider his conglomerate a very valid exit option —  one that, if it doesn’t have quite Google’s pocketbook, still has a fairly fat wallet and possibly a greater desire to acquire new companies.

And if the company has already spent over $200 million, and the CEO says “we have a lot of money to spend” based on a $2 billion market cap, clearly Opera Mediaworks is on the lookout for potentially hundreds of millions of dollars worth of mobile advertising assets. Especially ones that fit its mission and fill gaps in its strategy or geographical reach.

The company’s goal is a full-service mobile marketing juggernaut that works for big brands globally, which is no small order.

As those who follow it know well, the mobile advertising landscape is a confusing mess of both tiny and large companies that sell ads, re-sell ads, run ad exchanges, and offer significant numbers of different ad formats. Between DSPs and SSPs and location-based ad networks offering video, native, text, interstitial, offer wall, real-world, and other forms of advertising, and monetization models ranging from CPM to CPI to CPC … the mobile ad world can be a confusing place for both publishers, who have ad placement inventory, and advertisers, who need to find the right audiences and contexts for their messages. 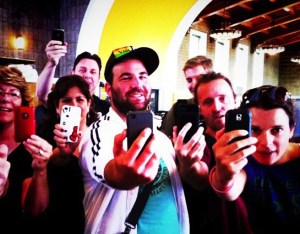 “The reality is that the people who are planning and spending billions of dollars of ad spend are overworked and underpaid,” he said. “They don’t understand the complexity, and get sold snake oil day in and day out.”

Opera Mediaworks’ goal is to work with Madison Avenue and come alongside the advertising agencies without disintermediating them. Thanks to the acquisitions the company has made, it says it has the ability to be a full-service partner for them in ad campaigns for major traditional brands such as Jeep, Canon, IKEA, and Coca Cola as well new digital brands such as King, Orbitz, and Amazon. And for big publishers such as Vogue and Glamor, Wired and Zynga.

“We say tell us what you need … we’ll sit with you and the brand, and we’ll deliver what you want.” de Silva says. “We’ll tell when something is unrealistic and we tell them what’s realistic.”

Sitting in the middle and helping both sides is only possible, to the extent that Opera Mediaworks succeeds, via the capabilities the company acquired as it bought companies such as AdMarvel, a mobile ad server and exchange, or Mobile Theory, a mobile ad network, or Hunt Mobile, a South American mobile advertising company.

Above: Opera Mediaworks sees itself as addressing the entire mobile monetization value chain.

“There are so many points of friction in mobile,” de Silva says. “That makes the Googles and the Yahoos of the world challenged. We’ve built an end-to-end platform to improve efficiency … including unifying the salesforce so one salesperson can can deliver the entire value proposition.”

That, he says, will allow brands or ad agencies to work with Opera to build creative, place their ads in contextually-relevant publications to the right people at the right time, as well as monitor and track performance.

It’s a tall order, there’s no question about it.

Currently, Opera has about 17 percent of the global market for mobile display advertising, the company says, serving 65 billion ads a month to markets in the U.S., Europe, Asia, and worldwide. That doesn’t appear to be nearly enough for de Silva.

“You’ll see multiple acquisitions this year,” he says. “We’re actively working on a few of them right now.”