He said media publishing and agency giants are behind the times, and vulnerable to disruption if they don’t change their ad pricing habits fast.

Machine Zone spends hundreds of millions of dollars a year to market its mobile games. Leydon, pictured above, said he is frustrated because many publishers he wants to work with set their ad prices without any regard to how advertising actually performs. What’s more, there are no tools to help big buyers like Machine Zone measure how ads perform in many of the areas in which the company is active, he said. Until such a tool arrives, the market is likely to stay highly inefficient. 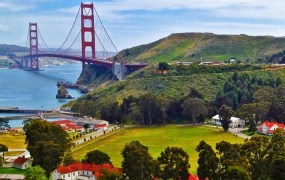 VB Mobile Summit: How to acquire fast, and engage long

We’re seeking to help bring more transparency to the industry by furthering this conversation at our upcoming Mobile Summit. As such, we’re delighted to have Peter Hamilton, CEO of Tune, as a speaker at the Summit, to help clear up some of the confusion. Tune is a so-called “attribution” company, and competes with other companies, including Kochava, Appsflyer, and Adjust, that have also emerged to create transparency and accountability in the market.

The event takes place in Sausalito on April 4-5. The event designed to be an intimate experience where executives exchange strategies around some of the hottest trends around mobile traction. Senior leaders can register here.

Tune’s Hamilton is quick to concede that there’s a “mobile-shaped hole” in the measurement technology used by most marketers, and that Tune still has a ways to go in plugging it.

Machine Zone does not use Tune, but it does use Kochava. Machine Zone’s Leydon said he is using 300 “channels” for the company’s advertising campaigns. The world has become so complex, with so many networks and exchanges, many with their own reporting and measuring standards, that it’s impossible to have real transparency to make efficient decisions.

Tune’s Hamilton has become one of the more knowledgeable about an industry that has taken the world by storm in a very short period of time. In 2012, mobile game companies discovered massive success by boosting downloads of their apps via so-called mobile app install ads. Facebook mobile ad success was driven by this, because it became one the primary hosts of these ads. A year later, ecommerce companies woke up to the same opportunity. Tune has since raised $36 million in venture capital over the past three years, as it has signed up more developers and marketers interested in knowing which ads are working, and how well.

The app install market has ballooned to more than $5 billion this year. It’s just one of the fastest growing types of ads in a global mobile ad market that should reach about $100 billion this year, according to eMarketer.

More recently, other companies have realized success with different monetization schemes. Music-streaming apps, such as Spotify and Deezer, are driving revenue by offering subscriptions. Many companies, including those, use a mix of subscriptions and advertising — for example, fitness app Runtastic. 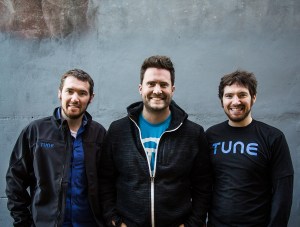 Above: Tune CEO Peter Hamilton is at center

Tune found its original success in the app-install area by offering a single SDK that lets developers and other app marketers track their campaigns and tells them which advertising partners were responsible for sending app installs or other actions. This was important in a complex world where marketers often work with multiple partners, which in turn have their own partner supply chains.

But Hamilton said Tune is taking action this year to complete the rest of the puzzle, stepping beyond just app installs by creating more transparency through measurement techniques agreed upon by both ad suppliers and buyers. He expects to be able to say more about those plans this summer.

Disclosure: Tune is a sponsor of the Mobile Summit.