Today Twitter announced the launch of “partner audiences,” a feature that lets advertisers target users based on their activity outside of the social network.

Maybe, but this isn’t exactly a new idea. Twitter’s experimented with this sort of tracking for a while. And Facebook? They’ve probably mastered this technique by now.

The goal, according to Twitter’s blog post on the matter, is to help advertisers target you based on your actual “intent.” Put simply, if you’ve used the web and shown interest in buying a Butterfinger bar at one time or another — I certainly have — an advertiser selling Butterfingers may now be able to pinpoint you directly on Twitter.

But there are limits here, and these limitations probably made it harder for Twitter to sell more ads.

How does the program work?

First, Twitter had to find a way to track users outside of its app and website. That’s why Twitter says it’s turned to audience data “created by our Marketing Platform Partners,” in partnership with marketing companies Acxiom and Datalogix. Acxiom claims it “provides a global addressable advertising reach of” 180 million Internet users, 300 million phone numbers, and more than 1 billion physical addresses and email addresses. In other words, this is serious stuff. Twitter is opening the intent tracking floodgates. 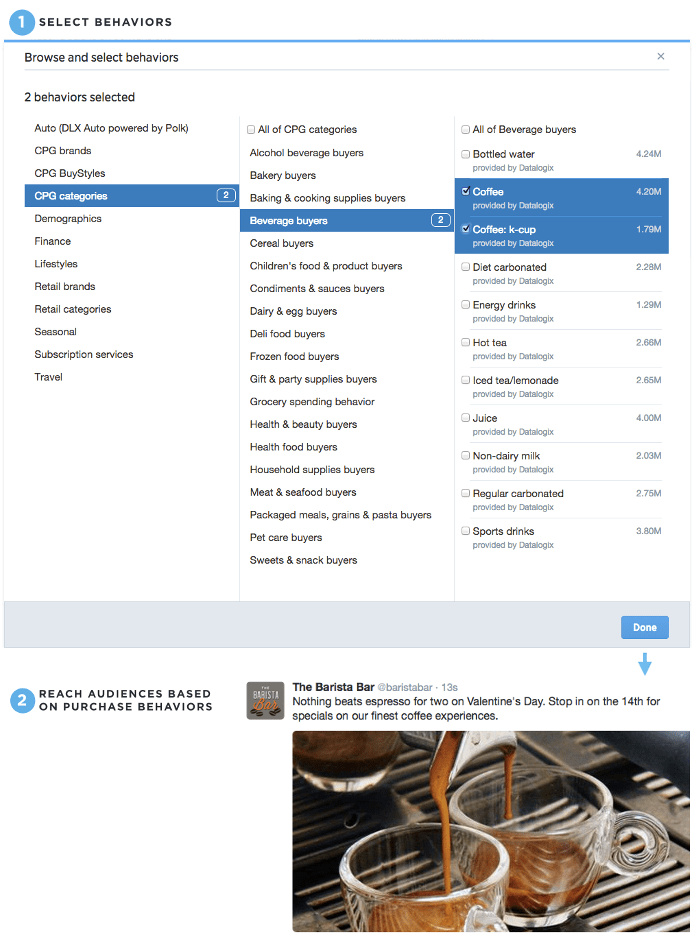 Should you opt out?

How you look at Twitter’s ad game all depends on how you look at advertisers. If you work in marketing, your eyes have already transmogrified into dollar signs.

Users will probably fall into a few camps. Most won’t notice or care, in all likelihood. If you’re feeling optimistic, you’ll believe Twitter when it says its ads are increasingly “more useful to marketers by driving relevancy to users.”

If you’re not into the idea, Twitter has a solution. You can opt out of the company’s program by clicking the boxes next to “Tailor ads based on information shared by ad partners” and “Tailor Twitter based on my recent website visits” on this page. As long as Twitter honors those little checkboxes, and as long as the company never finds it necessary to change its advertising policies (let’s all cross our fingers), adjusting that setting should ease your ad-targeting fears. For now.